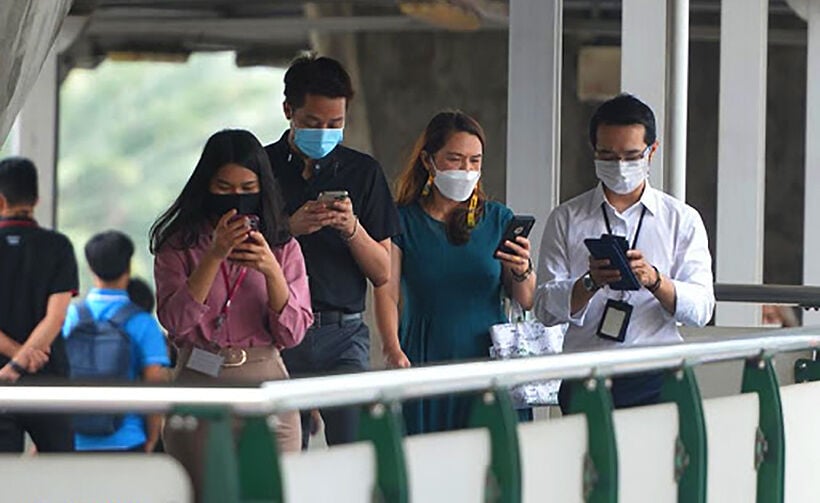 Today the CCSA have confirmed 3,682 new infections of Covid-19 and 20 new deaths. 578 of today’s announced infections are from the Thai prison system. Today’s figures continue a slow rise in the daily case detections over this week. The median age of the people that died in the past 24 hours was 66.

Over the past 24 hours, 2,401 Covid patients recovered and were discharged. 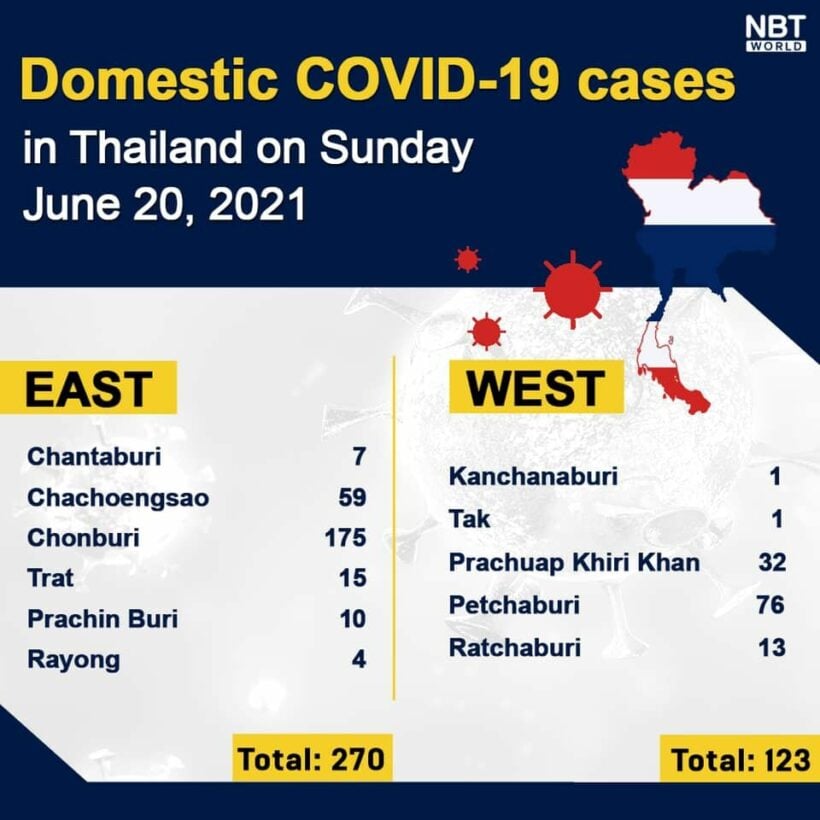 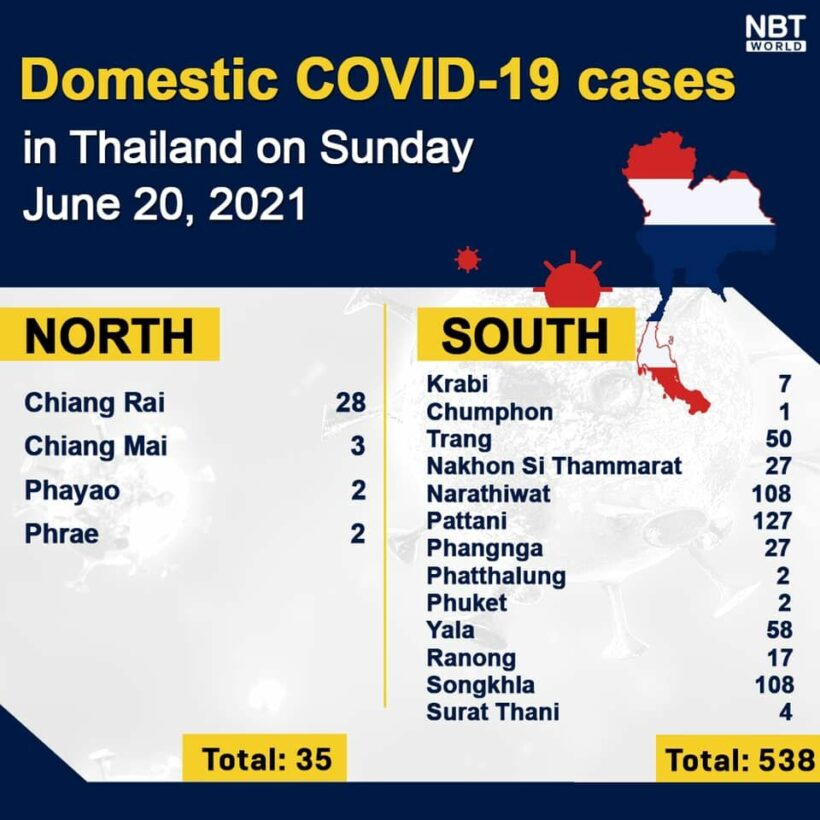 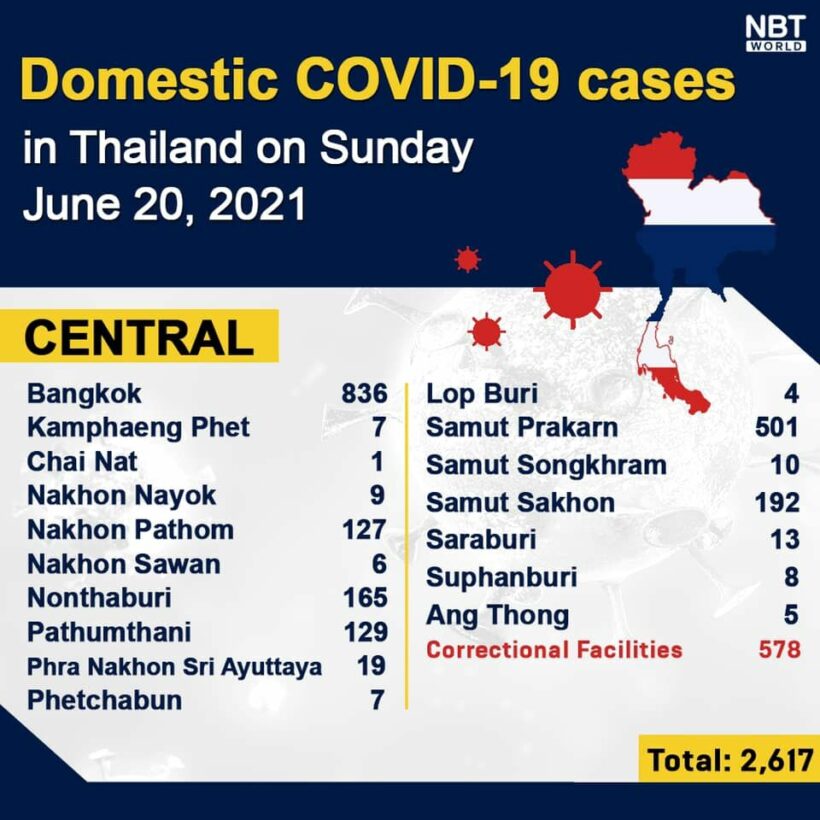 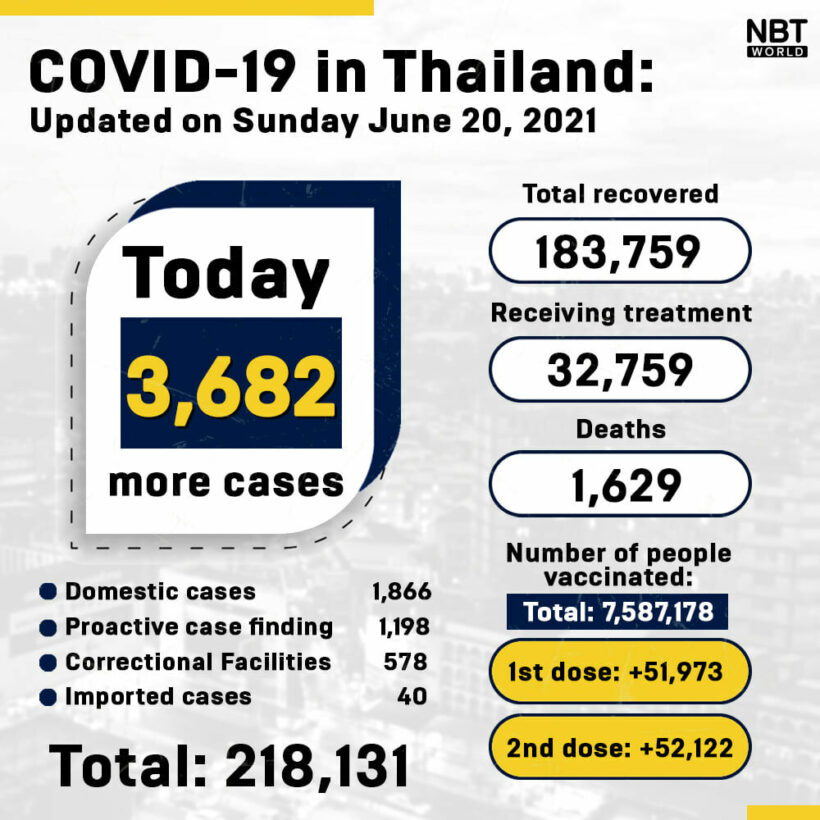 • Tourism Authority of Thailand governor Yuthasak Supasorn announced that the earlier announced government prohibition against Thais, diplomats and those who have permanent residency in Thailand, using the Sandbox model, has also been removed from the proposal. Now, in the latest proposal, ANYONE can enter Thailand via Sandbox. But Thai travellers who headed overseas to receive Covid vaccines and want to enter via Phuket must be vaccinated at least 14 days prior to arrival.

• For Surat Thani province’s tourism reopening program (principally referring to the tourist islands of Koh Samui, Koh Pha Ngan and Koh Tao), tourists will only be allowed to stay at hotels or resorts with alternative local quarantine (ALQ) services.

“Travellers will be allowed to leave their rooms, but must remain on their hotel premises for the first 3 days of their 14-day quarantine period, before they are allowed to travel to areas designated as a tourism “sandbox” on Koh Samui for the following 4 days.”

• The government is targeting an aggressive roll out for the capital and surrounding provinces during July. CCSA Spokesman Dr. Thaveesilp Visanuyothin says… “elderly people and those with chronic illnesses, who have already registered for vaccination via the Mor Prom platform, will be the first to receive them”.

“Bangkok will get at least 2.5 million doses and Samut Prakan, Nonthaburi, Pathum Thani and Phuket are also being given priority, getting about 30% of the 10 million doses.”

• More estimates released yesterday by Phuket’s governor, based on figures from the TAT.

“July 1 is expected to draw more than 600,000 foreign and local tourists to the resort island.”

Governor Narong says the Tourism Authority of Thailand predicted about 129,000 foreign tourist arrivals and 500,000 Thais will visit Phuket between July and September.

AlexPTY
Nobody is asking this government why they prioritize sandboxes and so-called "opening" over saving people's lives? Maybe constitution amendment could wait a little bit too? No? Sorry...

AussieBob
Thailand is desperate to open (and make money) but I fear they might get this all very wrong and end up shutting things down again. I hope I am wrong - but they are very disorganised and inconsistent in all…
Guevara
I couldn't agree more. As desperate as I might be to return to Thailand (Chiang Mai and Koh Samui) in particular, I'm not that desperate to present myself as a guinea pig. Despite 5 cancelled/rearranged visits over the past 15…