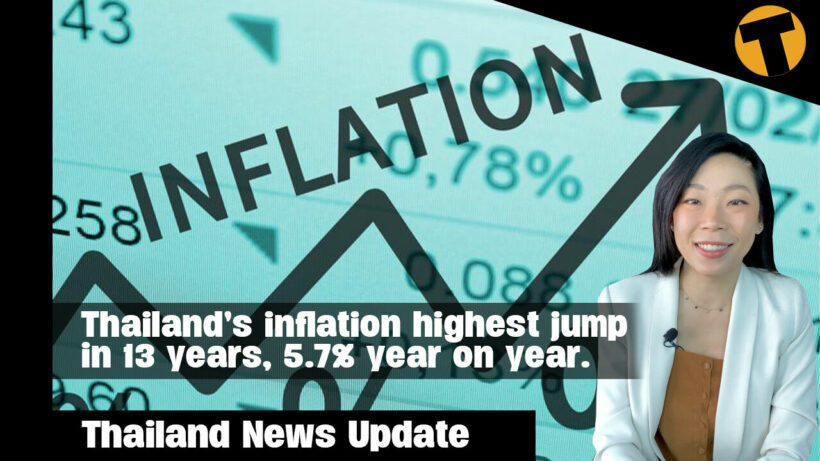 Thai billionaire Dhanin Chearavanont, senior chairman of CP Group, Thailand’s largest private company, has dropped from number 103 in last year’s ranking of Forbes’ new World’s Billionaires to number 137. Tesla CEO Elon Musk has topped the list for the first time. He ranks Number 1 with an estimated net worth of US $219 billion. This year, the total net worth of the world’s 2,688 billionaires, as measured in US dollars, is $12.7 trillion, down from last year’s $13.1 trillion. This year’s list also welcomes 236 newcomers, whilst 329 people dropped off the list, the most in a single year since the 2009 financial crisis. Regionally, the Asia-Pacific is home to the most billionaires with 1,088, followed by the US with 735 and Europe with a mere 592. Other Thai billionaires on the list are Charoen Sirivadhanabhakdi, the founder of Thai Beverage, who ranked 156th with estimated total assets of $12 billion, and Sarath Ratanavadi, the founder and CEO of Gulf Energy Development, slightly lower at 161st with $11.8 billion in assets.

More evidence seems to be emerging in the case of Nida “Tangmo” Patcharaveerapong, after her manager confessed to providing false statements to police about what happened on the boat that fateful night the Thai actress drowned in the Chao Phraya River in February. Police are also still searching for another man who was not on the boat that night, but who is suspected to have coached the five boating buddies how to weave their web of lies, so as to mislead police to potentially save their own skins. After a three-hour meeting with police, Gatick told reporters she had confessed about giving false statements to investigators, but didn’t go into details. She denied that she’d ever said Tangmo had gone to the back of the boat to pee.Gatick admitted that the six boating buddies had in fact drank more than three bottles of wine originally discussed. She claimed that was the only thing she had lied about… the other details of her story remained the same. The longtime manager was a close friend of Tangmo, who had even adopted her young daughter. Gatick’s current advisor told media she had been lured into giving false statements by a lawyer named “M”, who allegedly guided the five boating buddies to tell the same story. Initially, they all agreed it was a good idea to follow his advice, but later it came back to haunt them when investigators found cracks in their conspired confessions. The case of the 37 year old actress continues to fill up social media space in Thailand. She fell off the back of a speedboat on the Chao Phraya on February 24 and drowned.

Splash-happy tourists can cross out Bangkok’s Khao San Road from their water bucket list this year, after local business owners officially cancelled their plans to hold and Songkran celebrations in the capital’s tourist hotspot, formerly referred to as a “backpacker haven”. It’s the third consecutive year Khao San area operators have halted their famous water fights, much to the chagrin of both locals tourists, as Thailand continues its cautious approach with Covid-19. The decision comes after the Bangkok Metropolitan Association last week set strict Covid-curbing rules for private Songkran parties, and liabilities for those who organise them. Local businesses had earlier banded together to petition the BMA and CCSA for permission to hold water splashing events, which had been one of Bangkok’s centrepiece of its pre-pandemic Songkran festivities. They had hoped to attract thousands of local and foreign participants for the first time in 2 years. But in the end, business owners feared it’s just too risky to comply with the strict new measures and restrictions that were going to be imposed. But Khao San area operators say they will now continue business as usual, projecting a 30-40% occupancy rate for hotels, but not water pistols or foam parties… at least this year.

In March, Thailand’s inflation saw its highest monthly jump in 13 years, rising to 5.7% year on year. That’s according to the Commerce Ministry’s Office of Trade Policy and Strategy, which pins the blame on the war in Ukraine, a fallout of all the stimulus money been poured into some western economies over the past 2 years, and supply chain shortages, pushing up the prices of fuel, food and electricity prices. This unexpected turn of events has caused the office to adjust its figures for the year, which they had hoped would be one of recovery for the languishing Thai economy after two years of pandemic response. So the office has increased its 2022 inflation projection to 4.5%, after recording an average monthly inflation rate of 4.75% in the first quarter this year. The new projection was set, assuming a growth rate of 3.4 – 4.5%, and a crude oil price staying in the 90-110 USD-a-barrel zone. On the streets the effects are also being felt… Oil prices saw a 31.4% increase, while electricity increased nearly 40%. Prices have also surged at the supermarket, with dairy products up more than 6%, vegetables up nearly 10% and meat up more than 5%. Many economists predict the inflation problem, not only in Thailand, but around the world, will get worse before we see any improvement.

A woman in the northeastern province of Nakhon Ratchasima claims she has evidence that seven of her dogs have been poisoned, and died. She thinks she knows who the culprit is and has filed a complaint at the Nakhon Buri police station in the hope they will be prosecuted. Nakhon Buri is in eastern Thailand.Dog poisoning is sadly a regular occurrence all over Thailand, with both stray dogs and family pets often subjected to lethal attacks. Seven out of ten dogs belonging to 44 year old Pritsana have died from poisoning. One of her neighbours dogs also died from expected poisoning.Pritsana says she has evidence of the blue pills used to poison the dogs, which she is using to support her police complaint at Nakhon Buri Police Station. Pritsana suspects one of her neighbours is the culprit, has tried to speak to them about their motivations but says she has had no luck with communicating with her neighbour.Some areas in Thailand are overrun with stray dogs. Many of the ‘soi dogs’ are born on the streets and don’t have owners. Whilst some of the dogs on the streets do in fact have owners but are given the freedom to roam the streets. Usually, the dogs with owners wear collars. There are many fine people and volunteer groups around Thailand that will care for the dogs, sterilise them and re-home them if they can. We’ve put a link of some of these groups in the description of this video.

palooka
Must be emotionally devasting for the billionaires who drop in wealth rankings. 😆 Hope they have someone who cares looking after them.