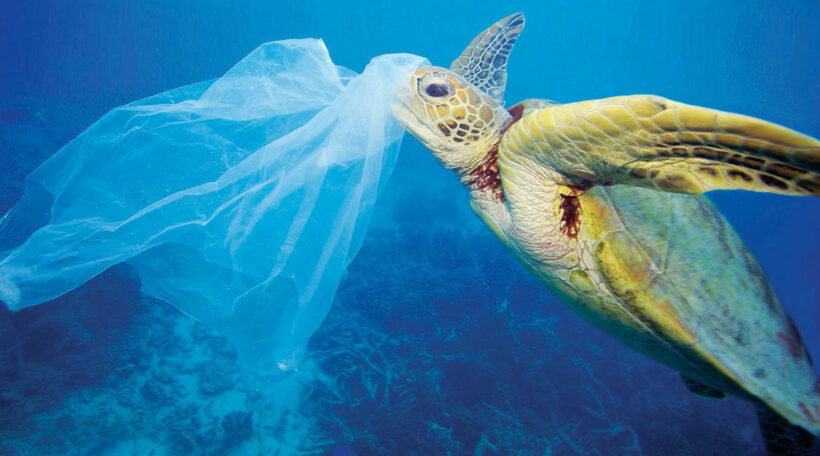 The next time you go for a hike, swim or boat ride in Thailand’s protected great outdoors, make sure to leave disposable plastics at home — except for a water bottle. Beginning April 6, all single-use plastics and styrofoam products are banned from entering national parks in Thailand.

Specifically, single-use plastic items such as bags, spoons, forks, straws, cups and containers thinner than 36 microns will not be allowed to enter any national park in Thailand. The Department of National Parks, Wildlife and Plant Conservation published the announcement in the Royal Gazette on Tuesday.

Notably, the announcement did not mention plastic water bottles, which is a main way tourists carry water into the parks. But you’ll have to leave your Frappuccino to-go cups at the gate. You’d also be well-advised to ditch that 20-baht disposable poncho for a pocketable umbrella, instead.

The ban is being done to protect the wildlife habitats, including fragile marine ecosystems, from the harmful effects of plastic pollution. It comes after visitors routinely dumped their trash in the parks. Those caught in violation of the ban can be fined up to 100,000 baht, if convicted, Thai PBS reported.

Plastic pollution is a serious problem in Thailand. One need only to walk along a beach to see how much plastic trash washes up on shore. Plastic sheets have been found covering coral reefs, deer have been found dead, their stomachs stuffed with plastic bags of food, and see turtle carcasses with plastic bags in their bellies have washed ashore. Of course, tourists often get the blame for such events. So do your best to prove the locals wrong and be a law-abiding, nature-loving tourist in the Land of Smiles.

This is not the first time Thailand has waged war on disposable plastics. Since the pandemic began two years ago, big-brand stores across the country have stopped providing plastic bags and straws. Consumers have noticed the shift at large shopping centers, the supermarket and event the local 7-Eleven, where reusable bags are for sale in most places instead of plastic ones. Meanwhile, many smaller shopper keepers throughout the country have maintained their reliance on plastic bags.

DoUKnowWhoIAm
10 minutes ago, Thaiger said: This is not the first time Thailand has waged war on disposable plastics. Somehow, its always forgotten. I doubt the people here really understand the problem.
Shade_Wilder
I am all in favour of this, even if it will be very difficult to enforce. I recall when the first plastic bag ban occurred, people said 'it was impossible', 'it'd last a day or so', and it would 'never…
Angel1234
19 minutes ago, Thaiger said: The next time you go for a hike, swim or boat ride in Thailand’s protected great outdoors, make sure to bring a reusable water bottle. Beginning April 6, all single-use plastics and styrofoam products are…
Ramanathan.P
Better impose total ban.....better that way. No need reminders