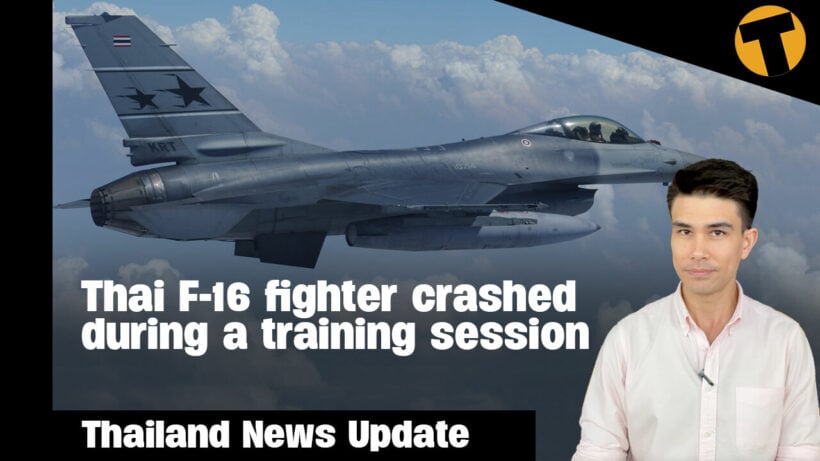 The National Energy Policy Committee is meeting today to discuss Thailand’s soaring energy prices, including efforts to maintain the cap on diesel prices at below 30 baht a litre. Like the rest of the world, Thailand is suffering under a wave of inflation and high energy costs at the moment. Yesterday the Deputy PM and Energy Minister Supattanapong Punmeechaow said that cabinet ministers had discussed a range of issues including the fallout of the Russia-Ukraine conflict and surging global energy prices.He said the NEPC will discuss the best course of action to locally mitigate the rising prices as global oil prices have surpassed US$120 per barrel and are expected to go a lot higher. He also noted that the high prices are complicating the government’s efforts to maintain the 30 baht per litre cap on local diesel prices.He said the committee may today look to bolster Thailand’s Oil Fund which has been subsidising some of the rising costs and are looking to obtain a loan of 30 billion baht to support the subsidy scheme next month.

An F-16 fighter plane crashed during a training session in the northeastern province Chaiyaphum yesterday. The pilot managed to eject himself from the aircraft and is safe, according to a spokesperson for the Royal Thai Air Force. The spokesperson says that the incident was reported to the relevant department and committee, who headed to the site late yesterday afternoon to investigate the cause of the crash. The Royal Thai Air Force has asked everyone to stay away from the accident scene and thanked rescuers for their support.

Assets valued at more than 1 billion baht have been seized from human trafficking operations in Thailand where Burmese people were trafficked from the northern province of Tak down to the Malaysian border. The Deputy Commissioner of the Royal Thai Police, Surachate Hakparn, made the announcement at apress conference, adding that authorities are still investigating and plan to make more arrests. Early in the investigation, back in June 2019, police in Surat Thani arrested people allegedly involved in a human trafficking operation. More suspects, allegedly from the same group, were arrested in September of 2019 in the neighbouring province Nakhon Si Thammarat. Both Thai and Burmese suspects allegedly trafficked Burmese people from the northern province Tak, which borders Myanmar then took them down to the Malaysian border.After further investigation, the officers found the gang was also involved in money laundering. More suspects were arrested in Prachuap Kiri Khan, Ranong, Phuket, and Pattani. Authorities seized 25 bank accounts with over 980 million baht, six houses, six cars, five motorcycles, 12 ships, 560 grams of gold, luxury accessories, and guns. Reports say the gang avoided using cash and spent gold instead.

A video is circulating showing Pattaya taxi and motorcycle taxi drivers crowded around a taxi driver from Bangkok, accusing him of stealing their customers and arguing with him about offering services outside of his home province. One Pattaya taxi driver reportedly said that drivers in other provinces should be more thoughtful about offering services in Pattaya as those in the coastal city were already hit hard by the pandemic. After the video of the argument went viral on social media, the Chon Buri Land Transport office invited taxi drivers to discuss the situation to come up with a solution. One local driver said that the driver from Bangkok should register as a Pattaya taxi driver if he wants to offer services in the seaside city. The Bangkok driver posted a video on Facebook with a caption claiming that the foreign passenger decided to book a taxi from an application due to concerns with the high rates from taxi drivers in Pattaya.He said that he was asked to stop in front of Central Festival Pattaya when a local taxi driver approached the vehicle and told him he didn’t want drivers from other provinces to offer services in Pattaya. Another taxi driver also approached the driver, and motorbike taxi drivers also started crowding around. One Pattaya taxi driver told the media that all taxis should adhere to the set fares according to Pattaya’s taximeter system which overcharges passengers compared to the Land Transport department’s meter charges.

A man who made headlines last month after releasing cobras and cutting himself at a busy intersection in Bangkok has been arrested by police at Suvarnabhumi airport. The 47 year old Kanetpisanuthep Jakapopmahadecha, also known as “K Hundred Million,” was arrested under six charges and has since been taken to the Somdet Chaophraya Institute of Psychiatry for assessment.At around 5pm on February 1, K parked his Mercedes Benz in the middle of the road outside CentralWorld, a major shopping centre in Bangkok, and performed a ritual-like act which involved releasing three cobras into the road, throwing marigold flowers on his car, cutting his arms, and pouring red syrup onto the ground. When officers from Lumpini Police Station arrived at the scene, K was clearly injured and was sent to the police hospital for treatment. He managed to leave the country shortly after doctors released him from hospital. On March 6, investigating officers coordinated with the Immigration Bureau and discovered that K was flying back into Thailand from India and waited for him at the airport. K was arrested under 6 charges: 1) carrying a weapon in public 2) causing fear and shock to others 3) parking a car in a manner obstructing traffic 4) disposing of rubbish in a public place 5) possession of controlled and dangerous wildlife 6) releasing controlled or dangerous wildlife. Police will await the outcome of K’s psychiatric assessment before undertaking further legal proceedings.

Three days of Christian memorial services will be held for Tangmo between March 11-13 at the Liberty Church Bangkok. Tangmo was the 37 year old actress who fell off a speedboat and drowned in the Chao Phraya, and has attracted a storm of interest and speculation. Yesterday Police announced at their press conference that they will close the case of Tangmo’s death this Friday. Police say they might also charge “Job”, one of the other people on the boat, for destroying and concealing evidence, after they reportedly found he had taken home a wine bottle that had been on the boat, in an attempt to conceal evidence. At a press conference on Monday, Thailand’s national police chief Suwat Jangyodsuk said the evidence indicated that the death of the TV actress was likely an “accident.”

Centara Hotels and Resorts plan to open 100 new hotels in Thailand, the Middle East, China and neighbouring countries over the next 5 years, with the intention of managing them through agreements with partner companies.Centara’s 5 year goal from 2022 aims to add 20 hotels each year, bringing the total number to more than 200 and providing about 40,000 rooms by 2026.In 2022, Centara intends to advance 20 new contracts and open at least 8 hotels, 3 of which will be in Bangkok, Ubon Ratchathani and Nakhon Ratchasima, with the remainder in Qatar, Oman and Laos.Thailand comprises half of the planned hotels, followed by the Middle East, China and other Southeast Asian countries, particularly Vietnam, where 20 hotels are planned. They say the majority of the new hotels will be managed by possible partners under management contracts.For the first half of 2022, at least, Thailand’s hotel industry is projected to remain highly dependent on the domestic market. But the industry is hoping more international tourists could arrive again in the third quarter, with hopes the Chinese travellers may again start heading back to Thailand.

Government says Songkran can go ahead, CCSA to decide what that looks like