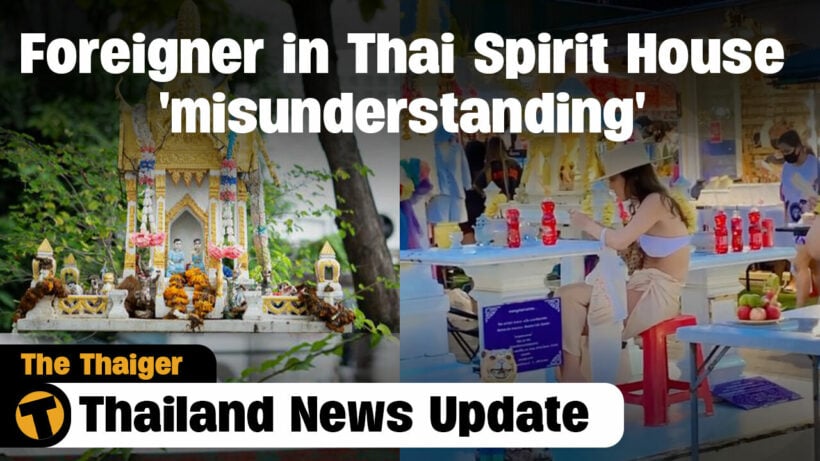 Police arrested 7 people in 3 provinces across Thailand for allegedly supplying forced labour on fishing boats. This news comes after 3 Thai workers were repatriated from Malaysia in September last year, after being forced to work on a fishing boat, without oversight from authorities.

The 7 arrested were captured in raids in Samut Prakan, Nonthaburi, and Chanthaburi provinces. They included the captain of a fishing boat, and the boat’s owner. The other 5 allegedly supplied forced labour, according to a deputy national police chief.

Thailand has a problem with trafficking and slave labour in its fishing industry. Despite the government forming teams of officials to check fishing boats when they depart and arrive in port, the problem continues as the traffickers find new and creative ways over getting around too much oversight.

In 2014, the government introduced the ‘pink card’ registration scheme. The scheme requires fishers to get permission from specific employers in order to change jobs. Human Rights Watch claims this requirement makes it easy to abuse workers.

Apart from the fishing industry, trafficking is a rampant, highly reported problem in Thailand. Last month, police seized assets valued at more than 1 billion baht from human trafficking operations where Burmese people were trafficked from the northern province of Tak down to the Malaysian border.

More suspects, allegedly from the same group, were arrested in September 2019 in the neighbouring province Nakhon Si Thammarat, according to police. Both Thai and Burmese nationals were said to be involved in the trafficking.

Tenants and staff were in shock after a shopping mall in Chiang Mai suddenly announced temporary closure due to economic fallout from Covid-19. Or is it economic mismanagement?

Thai media have reported that the centre had more than 20 million baht in debt from electricity bills and had to close immediately because they were unable to pay the bill.

Today, the shopping centre Promenada Chiang Mai sent an official letter to each tenant and store that the shopping centre would temporarily close from today onwards. Thai media reported that each store staff was shocked as they hadn’t received any alert in advance and even opened their shops as usual yesterday. The shopping mall’s representative also informed each shop to close and move their stuff out within 2 to 3 days as the electricity would be cut off very soon.

The management company running the shopping centre, ECC Chiang Mai Company, complained that they were seriously affected by the effects of the Covid pandemic and had been trying to manage the situation for over 2 years now.

The Centre also attempted to retain each tenant by decreasing the rental fee or waiving the rent for some months, but the company wasn’t able to earn enough to cover their costs. The statement ended by saying that the managing board were sorry for the situation and “would like to thank all partners for joining the business”.

According to Khaosod, the shopping Centre couldn’t afford its electricity bills for many months, accumulating a debt of almost 20 million baht. Last month, the electricity cost them 5 million baht, and the Provincial Electricity Authority ordered them to pay their arrears urgently.

In a video circulating on social media, a foreign woman surrounded by Strawberry Fanta is spotted sitting on a stool and using a spirit house as a table, blissfully unaware of the Thais around her paying their respects to the spirits. The act could be considered very disrespectful to Thai culture, but Thai netizens seem to be entertained, rather than offended, at the woman’s cultural faux pas.

Spirit houses are found in every corner of Thailand and are intended to appease ghosts by giving them a place to live so they don’t bother haunting people. You’ll see them out the front of most offices, larger buildings and many private homes and public buildings.

Thai people replenish their spirit houses with offerings daily to keep the spirits at bay. Marigolds, fruits and juice cartons are among favourite offerings left at spirit houses.

In the video, the foreign woman is completely unaware of the Thai people around her going about their business as usual – lighting incense, praying and bringing their hands together in the ‘Wai’ position as they approach the spirit house.

Thai netizens made light of the situation…

“The foreigner said, ‘Thai people have such good manners, all of them have Wai-d to me as they walked past!’”

“I’m just glad the foreigner didn’t think the red Fanta was for her.”

An alleged drug dealer who escaped arrest in the southern town of Chumpon was arrested yesterday in Nonthaburi, near Bangkok. Police say the suspect, 41 year old Wuttichai Yindee, was charged for illegal drugs by the Sawi Police Station in Chumphon. Officials from Thailand’s Consumer Protection Police Division requested an arrest warrant when they learned Wuttichai was in Nonthaburi.

After tracking him down, police caught the theif in Bua Thong district. He has now been taken to the police station for the next legal steps. Police found roughly 53 amphetamines, 0.9 grammes of crystal methamphetamine, digital scales, and a rifle at the suspect’s residence. The rifle had 17 rounds of ammunition.

In the past six months, Thai police have arrested more than 120,000 drug suspects, seized more than 2.4 billion baht in assets and confiscated more than 260 million pills of illegal substances like methamphetamine, aka “speed”. Besides speed, the most common drug was marijuana, with some 53,000 kilograms confiscated. Next was crystal meth (ice), with more than 7,552 kilograms found, followed by quantities of heroin and ketamine.

Pattaya has seen some big drug busts in the past month, after Pattaya police cracked down on people dealing the drug cocktail ‘happy water‘ last month. They also busted 16 people at an alleged ‘Ketamine’ party, including Thai, Burmese, and Chinese nationals.

In Nakhon Ratchasima, northeastern Thailand, a vendor was shot by her jealous husband, who then shot and killed himself at the Tor Chok-anan fruit stand at Suranaree market. The police found a .38 gun at the scene.

The wife, 43 year old Anong, was discovered face down in a pool of blood when police arrived at the scene. She was taken to Maharat Nakhon Ratchasima Hospital. She is now in a critical condition with a gunshot wound to the head and abdomen.

Friends told police that the 51 year old husband, Pratuan, was unable to cope when his wife was on video calls with other men. Consumed with jealousy he shot her in the head while she was running their fruit wholesale market store. When the police arrived, he was dead with a gunshot wound to the right temple. His body was slumped in a chair near his wife ,along with a .38 gun.

After interviewing witnesses and reviewing surveillance video, police deduced that the husband was sitting behind her and shot his wife in the head. She fell to the ground, and he fired two more rounds at her before shooting himself in the head, killing him instantly.

The relatives of Anong said she’s a “good looking woman” and her job as a vendor allowed her to strike up conversations with others, including men. They said her husband had health issues and that her interaction with other men sparked lots of loud and public arguments between the pair.