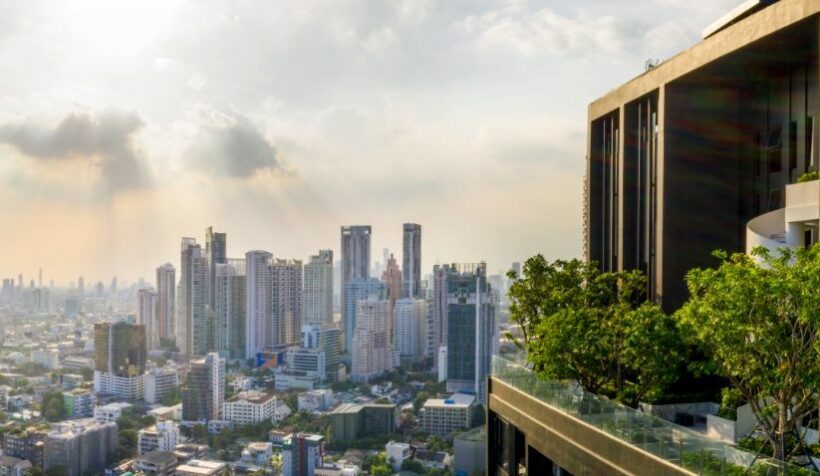 Thai property developers are sharpening their pencils on sales and allowing variations to contracts on some deals to accommodate some of the challenges posed by the coronavirus outbreak. Now some developers in Thailand have started to extend the transfer period from 3 months to 9-12 months for Chinese clients, according to Angel Real Estate Consultancy.

Chinese buyers have paid 30% down payment for off-plan projects a few years ago, but are unable to complete the transfer process due to problems related to coronavirus.

Co-founder and president Simon Lee told Thai media Thansettakij that this move by developers aims to avoid seizing the booked units and down payments amid slowing sales.

Developers have seen sales slow down since 2019 due to the strong Baht, stricter mortgage regulations (loan-to-value ratio), the US-China trade war, and oversupply. Angel estimates that the country is saturated with at least 200,000 unsold condominium units, which will take about 2 years to clear out. For Bangkok, The Thaiger reported yesterday that there are 100,000 vacant completed condominiums in and around the city, as estimated by Sapon Pornchokchai. However, other estimates the number to be about 60,000 units.

But the brokerage firm also expects increased housing sales from overseas after the outbreak. Buyers from China may want a second home in either Thailand or Japan, which do not close their borders to the Chinese, Lee said.

He said they may be interested in purchasing houses, including single detached homes, detached homes, and townhomes, with a 30 year lease agreement. Foreigners cannot purchase landed property freehold in Thailand. They can however lease the land for renewable, 30 year terms.

Popular areas are Bang Na, Salaya, and Krungthep Kreetha in Bangkok, as well as Chiang Mai and Pattaya. For condominiums, projects close to the MRT in Rama 9 and the BTS along Sukhumvit are most popular.
Despite the positive speculation, Thailand expects to see 50% of Chinese condo transfers to disappear in the first 2 quarters of 2020.