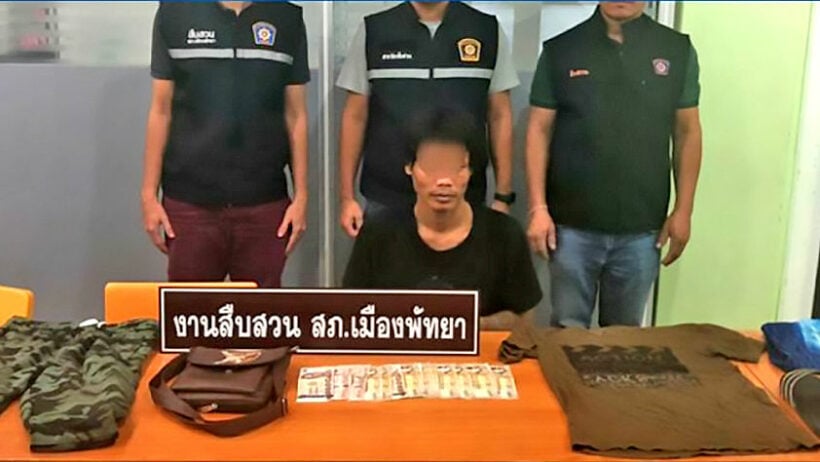 Police in Pattaya yesterday arrested a suspect yesterday who they say has admitted to at least ten burglaries of homes and hotels over the last several months. Pattaya City Police reported the arrest of a 37 year old Thai man, identified only as ‘Phet’ yesterday morning.

He allegedly broke into rooms in apartments and hotels through unlocked windows, when victims were not in rooms or when they were asleep. He quickly gathered what valuables he could and quietly exited the without being detected.

Police investigated Phet for several months before finally to tracking him down with the help of CCTV. He was arrested in Central Pattaya.