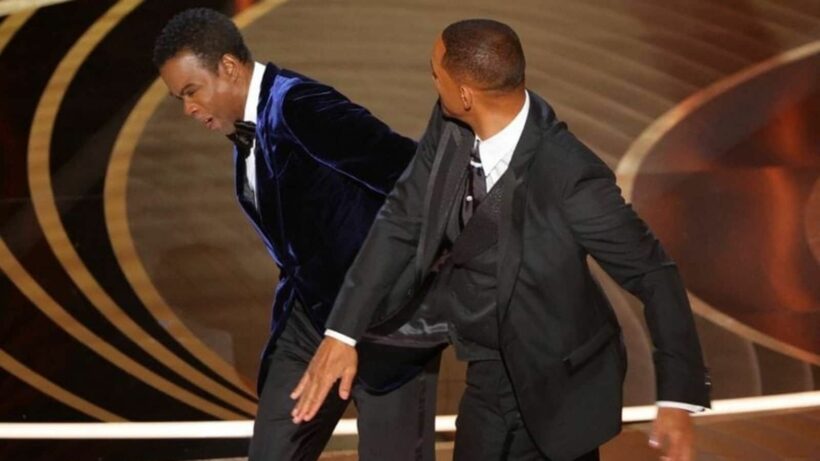 Will Smith has been banned from attending the Academy Awards for the next 10 years, following his spontaneous slapping of comedian host Chris Rock on stage during this year’s Oscars. The Academy of Motion Picture Arts & Sciences announced its decision in a statement yesterday in Beverly Hills, California…

“The Board has decided, for a period of 10 years from April 8, 2022, Mr. Smith shall not be permitted to attend any Academy events or programs, in person or virtually, including but not limited to the Academy Awards.”

The statement was co-signed by Academy President David Rubin and CEO Dawn Hudson, after a meeting of the Board of Governors meeting held earlier in the day in LA.

Will Smith announced his resignation from the Academy last week following intense media and social media debate over the surprising turn of events.

Commenting on his ban, his response was as quick as the slap he inflicted on Chris Rock.

“I accept and respect the Academy’s decision.”

Other quotes from the Academy statement…

“The 94th Oscars were meant to be a celebration of the many individuals in our community who did incredible work this past year; however, those moments were overshadowed by the unacceptable and harmful behaviour we saw Mr. Smith exhibit on stage.”

“During our telecast, we did not adequately address the situation in the room, for this, we are sorry. This was an opportunity for us to set an example for our guests, viewers and our Academy family around the world, and we fell short, unprepared for the unprecedented.”

Will Smith’s resignation means he will no longer be a part of the Academy’s voting board, but it still allows the Oscar winner to be nominated for various categories in the future. Smith can still be nominated because “the standards of conduct rules” at play in today’s action “do not apply to awards eligibility” — but he won’t be able to attend the Oscars to collect any trophies for the next decade.

Will Smith slapped Chris Rock as the comedian was on stage doing a comedic monologue at the Academy Awards on March 2. After Rock made a joke about Smith’s wife, Jada Pinkett Smith’s, close-cropped hair, Smith initially laughed along with the banter but soon was up on his feet and marched straight up to Rock and slapped him.

Pinkett Smith suffers from alopecia, a condition which leads to patchy or even total hair loss.

Will Smith publicly apologised to Chris Rock the day after the incident via his Instagram account in a heart-felt post. He also reached out to the Academy Award’s producer, Will Packer, apologising and expressing his embarrassment.”

Packer said officers from the Los Angeles Police Department were prepared to arrest Smith for battery, but Rock declined to press charges.

The Academy also said in their statement that they had “deep gratitude to Mr. Rock for maintaining his composure under extraordinary circumstances.”

“We also hope this can begin a time of healing and restoration for all involved and impacted.” SkipsPa
4 hours ago, Fanta said: You’re assuming Rock knew about Jada’s alopecia. Regardless, using that argument leads to all comedians needing to get their jokes approved by their ”victims” press agents so as not offend their delicate sensibilities. Black Slaps…
butterfly
12 hours ago, SkipsPa said: Perhaps Chris Rock also deserves criticism for an ill considered remark. ridiculous statement, he is an entertainer, he was paid to make jokes on the stage. If WS or his wife were offended by the…