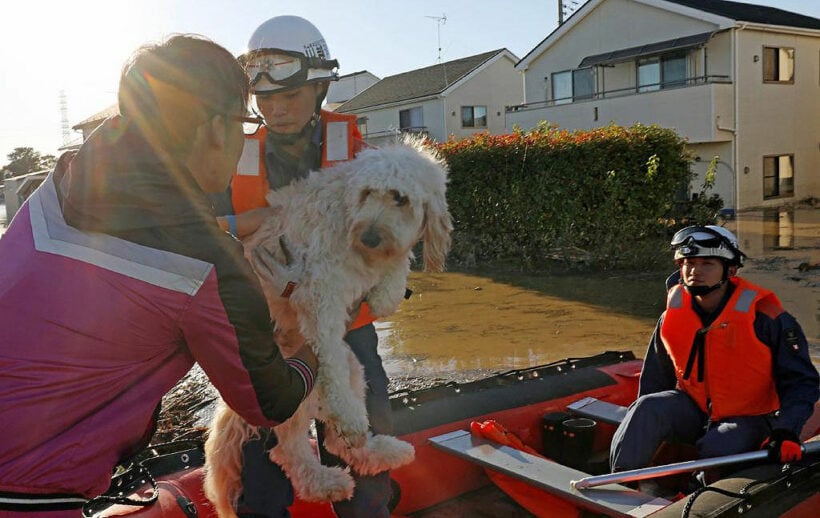 by Shingo Ito and Sara Hussein

Thousands of rescue workers are searching for survivors from the fury of Typhoon Hagibis, two days after the storm slammed into Japan. As of the time of this post, the storm had killed at least 35 people.

(Video from Sky News below…)

Hagibis crashed into the country Saturday evening, but brought hours of torrential rains before it made landfall, causing landslides and filling rivers until they burst their banks.

More than 110,000 rescuers, including 31,000 troops, worked through the night searching for people trapped by the disaster. Local media report at least 35 people have been killed, with the Kyodo news agency reporting nearly 20 people were missing. Government figures from Sunday night were lower, though updates were expected throughout today.

While Hagibis, one of the most powerful storms to hit the Tokyo area in decades, packed wind gusts of up to 216 kilometres per hours (134 miles per hour), it was the heavy rains that caused most damage, with 21 rivers bursting their banks. In central Nagano, a levee breach sent water from the Chikuma river gushing into residential neighbourhoods, flooding homes up to the second floor. Military and fire department helicopters winched survivors from roofs and balconies in several locations, but in Fukushima one operation went tragically awry when a woman died after falling while being rescued.

The destruction forced the Rugby World Cup being hosted by Japan to cancel several games, but the “Brave Blossoms”, as the national team is known, lifted spirits with a stunning 28-21 victory over Scotland on Sunday that put them into the quarter-finals of the tournament for the first time.

Rescue efforts have been continuing this morning, with local television showing soldiers rowing a rubber rescue dingy through floodwaters in Fukushima, while elsewhere workers removed dirt with a digger. 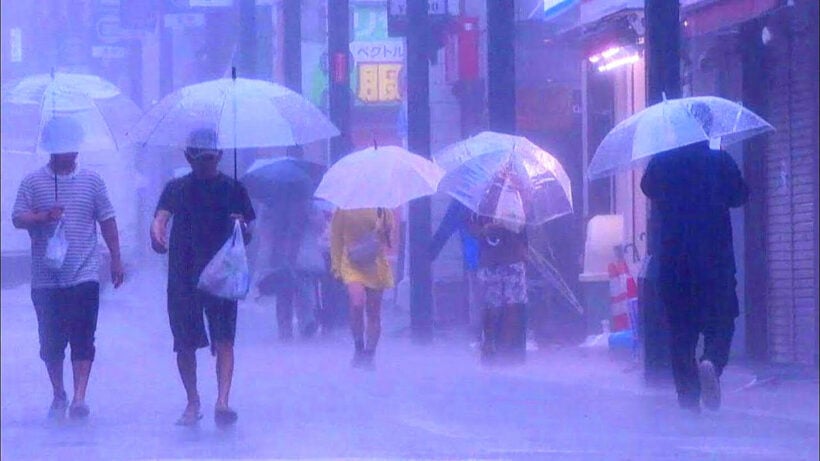 The death toll mounted throughout yesterday as bodies were recovered from flooded homes and cars, buildings caught in landslides, and swollen rivers.

The dead included a municipal worker whose car was overcome by floodwaters and at least five Chinese crew members aboard a boat that sank in Tokyo Bay on Saturday night.

As of this morning, some 57,500 households remained without power, with 120,000 experiencing water outages. The disaster left tens of thousands of people in shelters, with many unsure when they would be able to return home.

But most subway trains have resumed service, along with many bullet train lines, and flights had also restarted.

Typhoon Hagibis kills 11 in Japan, rescue underway with up to 100 missing