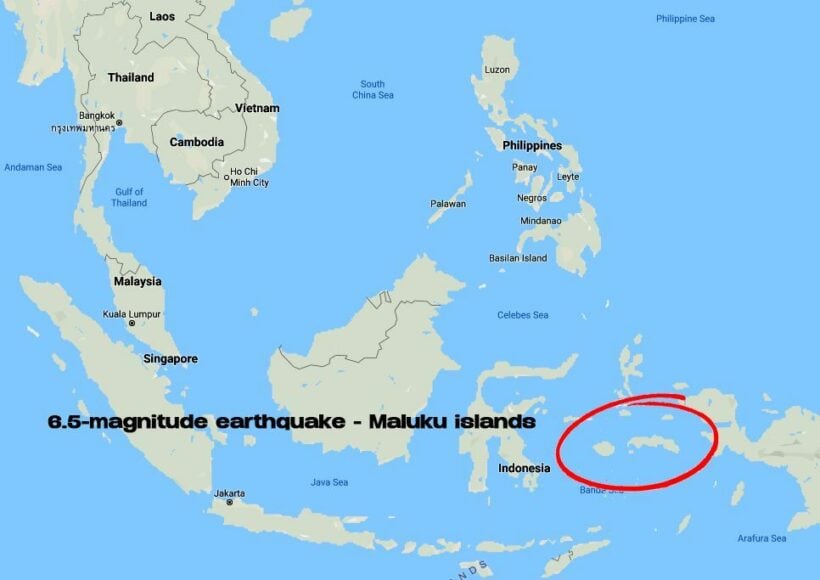 “People were panicking and started to evacuate in some places, but we are trying to tell them there’s no need to panic because there’s no tsunami threat.”

A strong 6.5-magnitude earthquake hit off the remote Maluku islands in eastern Indonesia but no tsunami warning was issued. The quake struck about 37 kilometres (23 miles) northeast of Ambon in Maluku province at 8:46 am local time, at a depth of 29 kilometres, according to the US Geological Survey.

There were no immediate reports of casualties or major damage in the area, which has been rocked by strong quakes in the past. Multiple aftershocks have rippled across the area.

“I was asleep with my family when suddenly the house started to shake,” said an AFP reporter in Ambon.

“The quake was really strong. We ran from our house and saw the neighbours fleeing too. Everybody was panicking.”

“People were panicking and started to evacuate in some places, but we are trying to tell them there’s no need to panic because there’s no tsunami threat,” he told AFP.

“We are still checking on damage and any casualties.”

Indonesia experiences frequent seismic and volcanic activity due to its position on the Pacific “Ring of Fire”, where tectonic plates collide.

Last year, a 7.5-magnitude quake and a subsequent tsunami in Palu on Sulawesi island left more than 4,300 people dead or missing.

The force of the impact saw entire neighbourhoods levelled by liquefaction — a process where the ground starts behaving like a liquid and swallows up the earth like quicksand.

Nearly 60,000 people are still living in makeshift accommodation nearly a year after the double disaster, the Red Cross said this week. 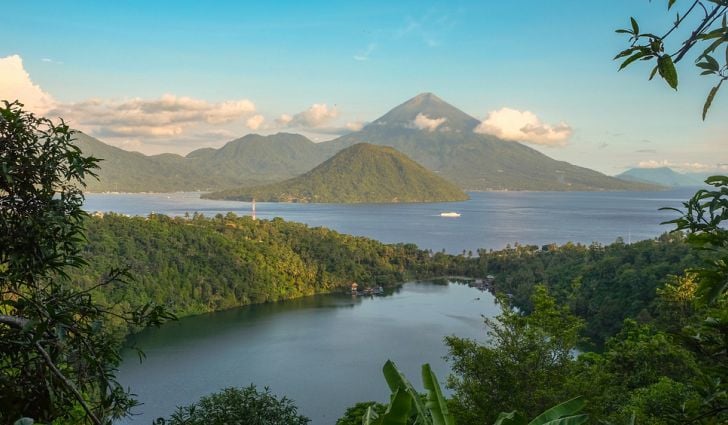