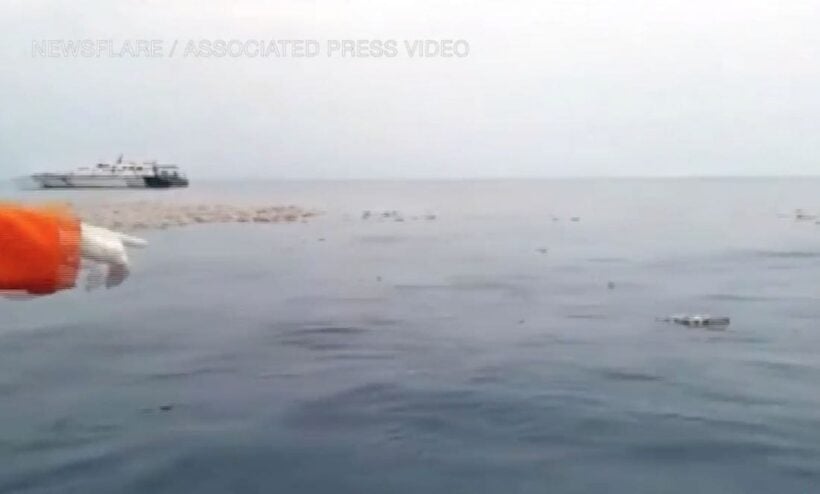 Authorities have scouring the waters north of Java Island, off the coast of Jakarta, for bodies and debris from Lion Air flight JT610. The flight went missing this morning shortly after take-off on a routine one-hour flight from Jakarta to Pangkalpinang in Bangka Belitung.

The Lion Air flight lost contact with air traffic controllers at 6:33 am, briefly after take off at 6:20am from Jakarta’s Soekarno-Hatta International Airport.

The plane, carrying two pilots, six crew and 181 passengers, including two children and one infant, crashed 12 kilometres north off the coast of Tanjung Bungin in Karawang, West Java.

The National Search and Rescue Agency head M. Syaugi said, “We are certain that the plane crashed into the sea and is submerged at a depth of 30 to 35 metres,”

“We have located the debris 3.7 kilometres south of where contact with the plane was lost. Ninety personnel have been prepared to assist in the rescue efforts.”

Photos published on social media show that searchers had recovered parts of the plane and several ID cards, presumably belonging to the plane’s passengers. Government officials are reportedly among the passengers aboard the missing aircraft.