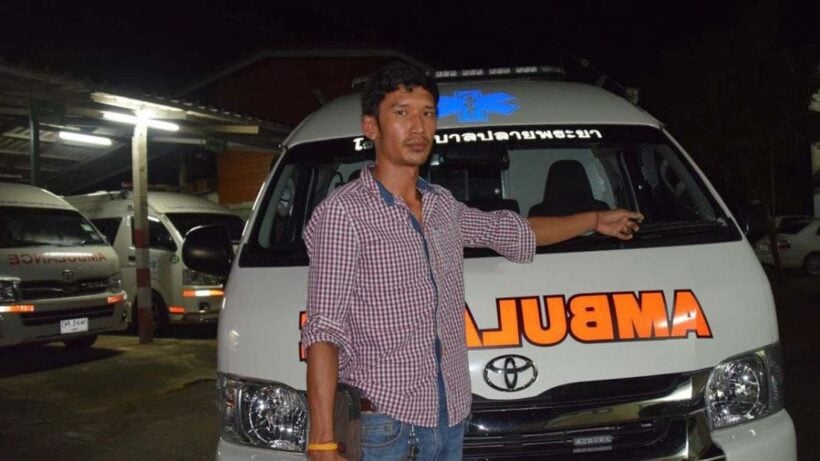 Krabi police are currently investigating after a group of teenagers were throwing rocks at an ambulance in Krabi yesterday.

The ambulance was transferring a patient and heading to Krabi Hospital Krabi City on Petkasem Road around 3am.

The Krabi City Police Chief Col Somdet Sukkarn ordered his team to investigate the incident. There has been no CCTV camera found in the area nearby that could have captured the incident. However police have been urgently investigating to identify a suspect.

Residences nearby have been complaining that there is a three kilometer stretch of road where cars speed with kids annoying locals with their noisy exhausted pipes and motorbikes. They claim that more than 300 teenagers are racing on the road after midnight, especially on weekends. Some even say that they have been staying at their relatives houses during the weekends.

Police believe the street racing and rock-throwing incident are related.