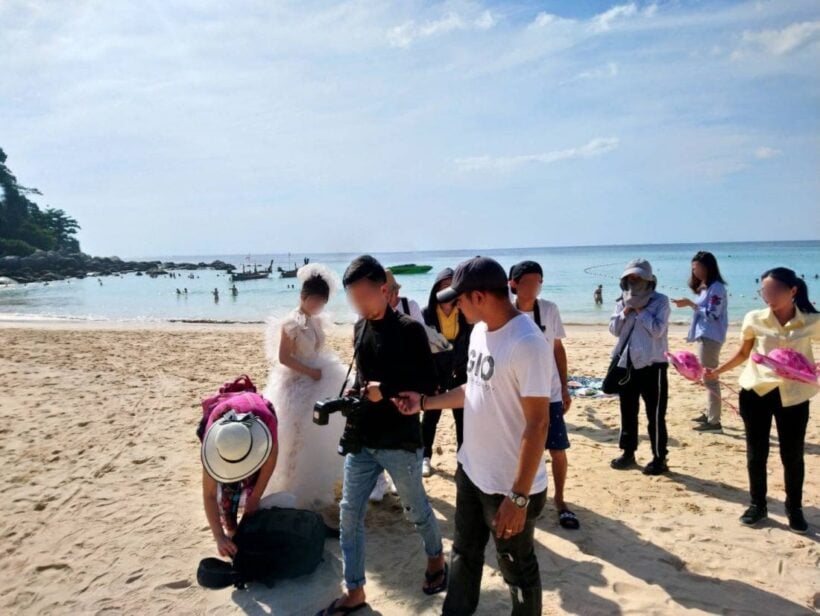 Seven foreigners have been charged over illegally working as pre-wedding photographers and assistants in Phuket yesterday.

The Phuket Immigration Office reports that all staff in the pre-wedding photo shooting team were foreigners who only held tourist visas. They have been conducting work contracted in China.

The contracts also identify the names of photographers, makeup artists and coordinators.

Seven foreigners were arrested yesterday. They have been taken to Karon and Kathu Police Stations for questioning. They have all been charged with not having a work permit and working illegally in the Kingdom.

Family of British Phuket property developer say “he was murdered”