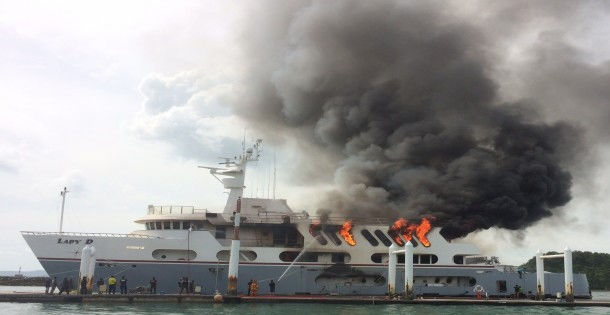 Local Marine officials in Phuket were notified at 8.30am this morning of a fire aboard a luxury yacht parked at the Ao Po Grand Marina.

Responding to calls from Ao Po Grand Marina staff, firefighters discovered the ‘Lady D’ was out of reach, as it had parked 500 metres beyond the furthest extremity of the port. Officers had to order the yacht crew to cut its ropes in order to prevent the fire from traveling down the rope and spreading to nearby ships, according to The Nation.

In earlier reports it was said that the fire was brought under control.

Punya Sompoarat, President of the Paklok OrBorTor, says that the fire involved a super yacht moored at the Ao Po Grand Marina on the north east coast of the island.

“The owner was nowhere nearby, while a small crew was left monitoring the vessel.”

According to the report, the fire started at the stern of the Lady D. The yacht crew had tried to extinguish it using fire extinguishers but the flames had rapidly spread. No injuries or deaths have yet been reported. 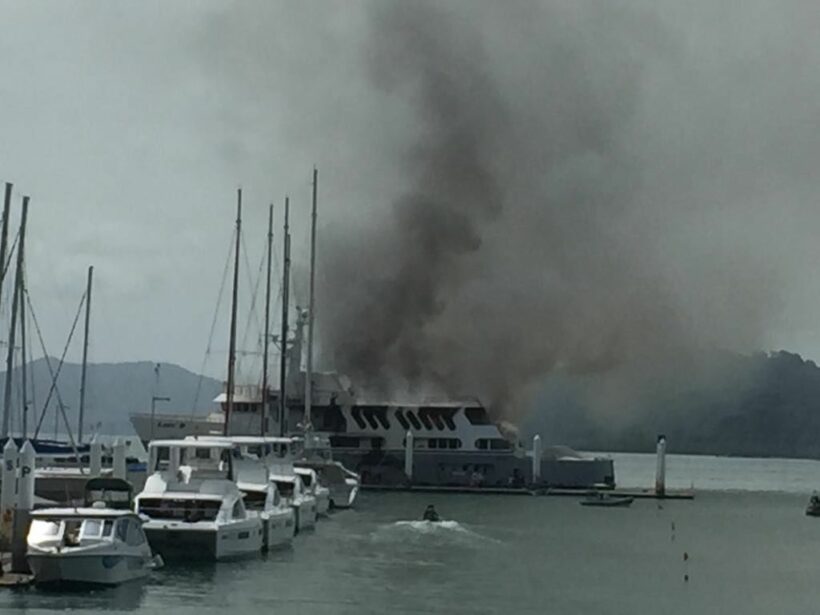 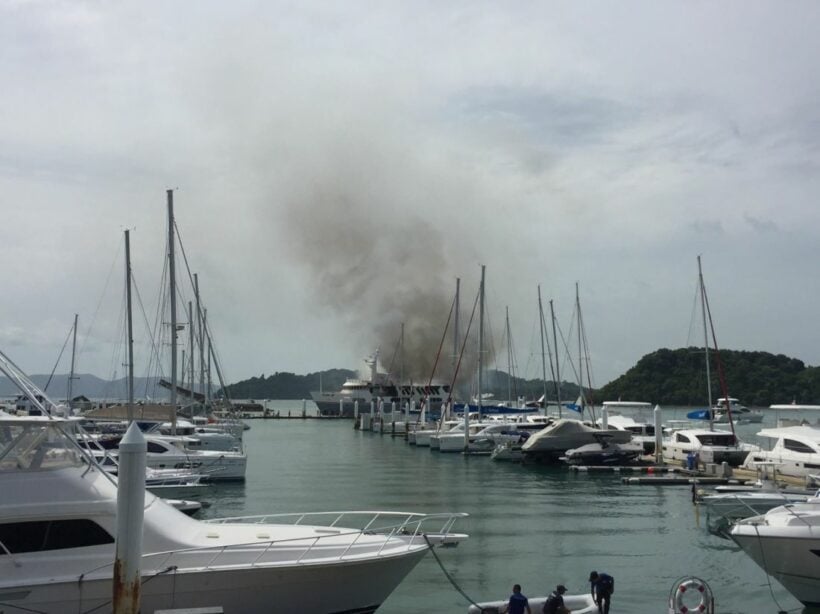 PHOTOS: Thanks to SU

UPDATE: Electricity off in parts of Kamala, Phuket TOMORROW (Thursday)