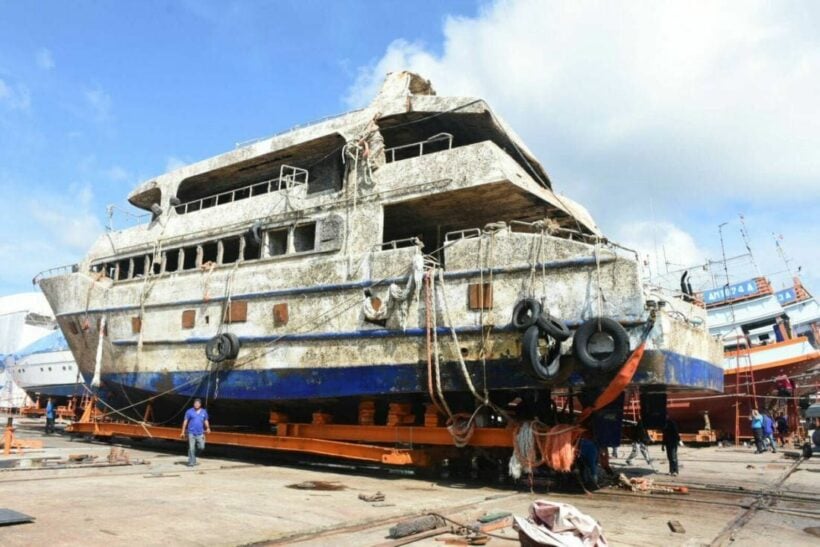 The Thai Anti Money Laundering Office is still trying to auction off the Phoenix, the 30 metre tour boat that sank in July 2018, causing the drowning of 47 Chinese tourists off Phuket’s south east coast.

A meeting was held by AMLO officials at the Phuket Provincial Hall this morning to discuss the auction of the boat. Starting bid is 900,000 baht.

There are also other items seized in the raid of the shelf company that ‘owned’ the boat.

The AMLO officials claim they discovered the operators of the boat had laundered more than 1 billion baht.

So what’s on sale? The Phoenix which is 30 x 6.5 metres with associated equipment. Other accessories include a fully equipped ‘metal’ (presumably aluminium) boat that is 36 x 8 metres with a starting price of 8 million baht.*

The vessel has failed to attract any interest since the AMLO said they needed to dispose of the vessel to offset storage and shipyard costs. The boat remains a forlorn wreck sitting in the Rassada shipyard to the east of Phuket Town.

Given its association with the death of 47 Chinese souls the wreck is unlikely to attract any interest from either Thai or Chinese investors whose belief in ghosts remains a strong cultural negative.

PS. If they’re really that keen on finding a buyer, at least they could give the wreck a pressure wash.

*During the reporting following the sinking of Phoenix there were reports that the shelf company, that owned the Phoenix, also had another vessel under construction at the time 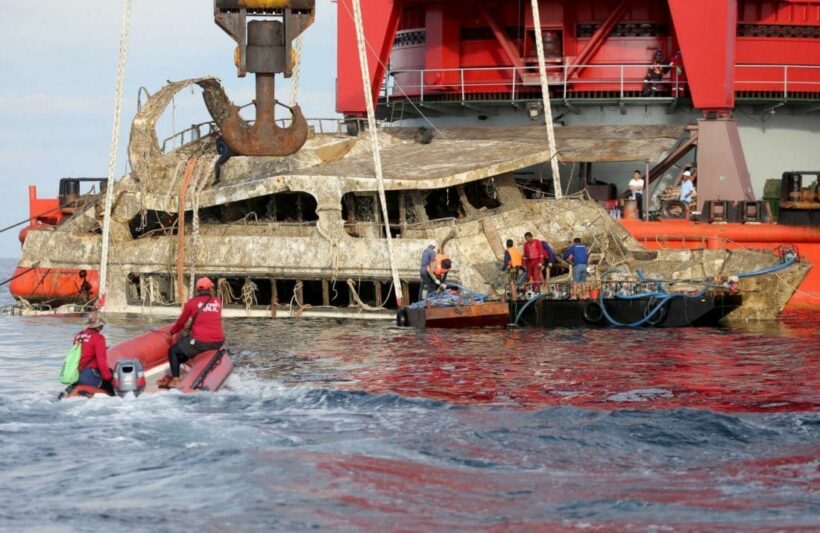 Superyacht ablaze at the Ao Po Grand Marina in Phuket