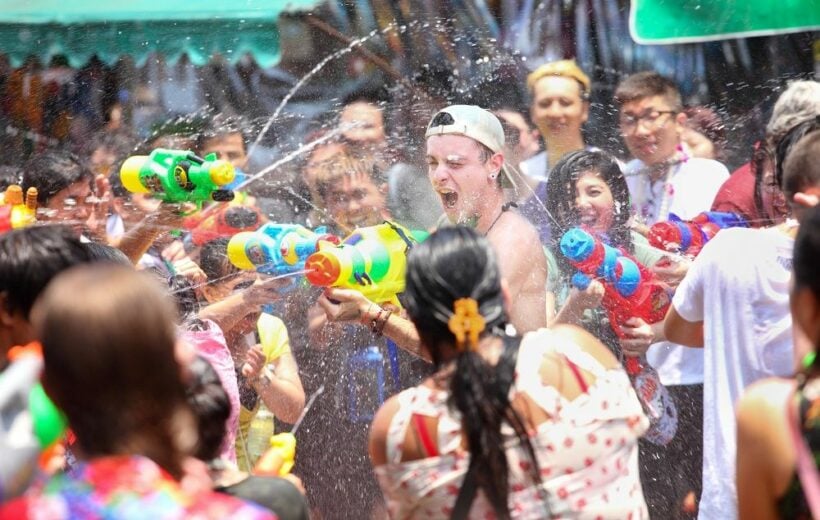 The Thai new year of Songkran is being extended to 6 days of water fights according to the Cabinet after approving the holiday to run from April 10 to 15. Culture Minister Itthiphol Kunplome says details of the holiday will be sent to the Centre For Covid-19 Situation Administration for approval as he says Songkran participants will probably be allowed to take part in the water fight activities after daily reported Covid cases in the Kingdom have dropped to double-digits.

The culture minister says there is talk of setting up so-called “water play” areas that would allow the water fights and splashes to go on with a Covid-19 check-in at the entrance. The Pattaya News says face shields, goggles and raincoats could be required in the splash zones, but the idea is still being discussed.

The “water play” zones are likely to be set up in areas with major events with PM Prayut Chan-o-cha noting that people will need to abide by social distancing rules during the festival.

Itthiphol said the government is paying more attention to the number of people at event venues, and will find a balance between helping the economy and the prevention of new clusters of Covid-19 which could spread the disease in communities.

Late last year, the Thai Cabinet added 8 holidays to the 2021 calendar, including an extra day for Songkran. The move was part of an effort to promote domestic tourism and stimulate the economy which was battered by the pandemic.