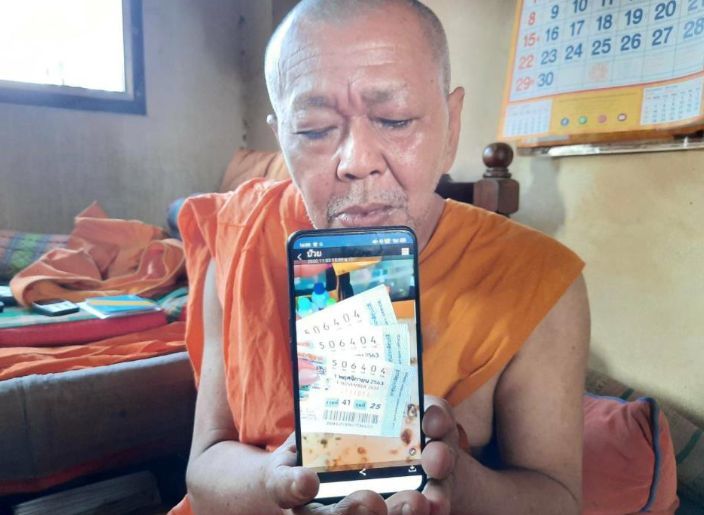 A monk won 18 million baht in the recent lottery and decided to donate the winnings. 67 year old Montri Samajjo, known as Monk Piak, says he didn’t buy the tickets with the hopes of winning. He bought them because a lottery ticket seller came by temple asking for help.

The monk gave 1 million baht to each of his 3 children. He donated a portion of the winnings to the temple as well as to those who needed money. He saved the rest to help people who may need it in the future.

The monk says a lottery ticket seller came by the Wat Thinnakorn Nimit in Nonthaburi, just outside Bangkok, and said he needed help. He couldn’t sell all of the tickets and needed money. The monk borrowed some money from another monk at the temple and spent 1,500 baht on lottery tickets. The tickets had the 2-digit suffix numbers 04, 40, 47, 74 and 44.

When the numbers were announced, the monk checked the numbers on his tickets and saw that 3 tickets won 6 million baht each.