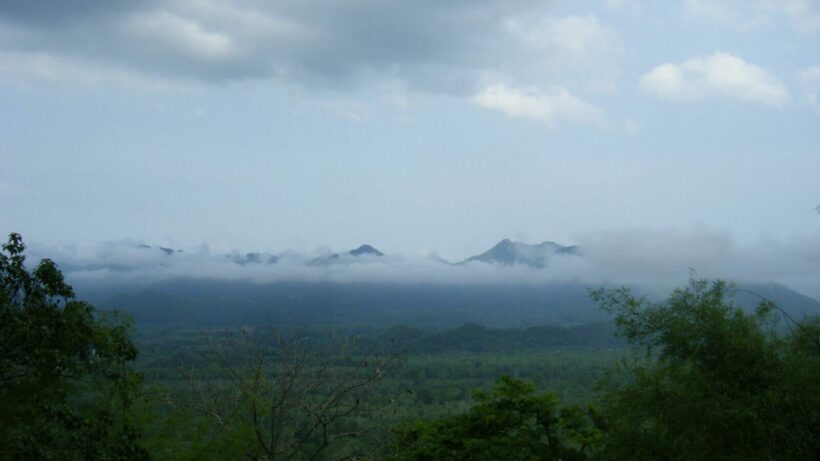 A young man was arrested and an undisclosed amount of Siamese Rosewood logs were seized at a temple in the western province of Kanchanaburi yesterday. The endangered wood is protected under Thai law and those charged with illegal logging can face up to 20 years prison and an up to 2 million baht fine.

Officials had received reports that the Nong Pla Duk forest temple was being used as a base for forest encroachment activities and for cutting illegally obtained wood.The Sai Yok district chief, Sawit Jiamjiraporn, led a team of administrative officials and defence volunteers to inspect the temple. The officials also seized an unspecified amount of Siamese Rosewood logs, a chainsaw, and a pickup truck.

24 year old Pongsak Sirirat was arrested. The officials also say Pongsak tested positive for using an illegal drug. In a further search of Pongsak’s house and 6 other locations, police seized more processed timber. Pongsak and the seized materials were taken to the Sai Yok police for further legal proceedings.