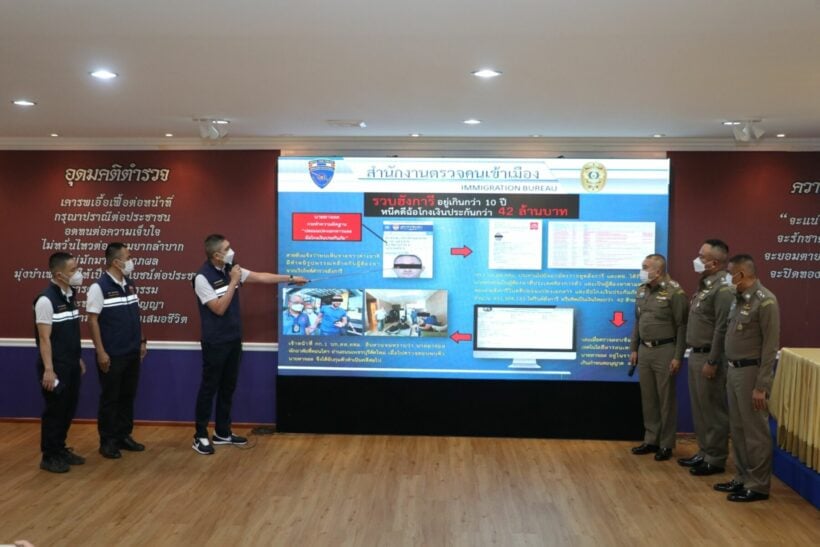 Thai Immigration police arrested a 48 year old Hungarian suspect who is wanted in his home country for alleged insurance fraud and has been staying in Thailand illegally for more than 10 years. Immigration police say the man is on 4,254 days overstay after entering Thailand in 2010 on a 60 day tourist visa.

Officers say the man was arrested at a condominium on Phetchaburi Road in Bangkok after discovering that he was on a wanted list on the Hungarian police site. He is being prosecuted for overstay and will be sent back to Hungary where he faces charges for creating fake documents to claim more than 401,394,145 Hungarian forint (around 42 million baht) from his insurance.

Cabra
I'm always fascinated by these 5, 10, 15 year overstayers... How do they do it in for so long without having to prove status to someone (outside of immigration) for one reason or another... Unless they live like hermits. I…

Guest1
20 minutes ago, oldschooler said: Free Deportation back & Life Ban from returning …. Free deportation? Oh, you mean, Hungary is paying it, of course. I assume that his money finished, anyway

RampantRabbit
Should give him a medal for that record breaker, so much for the smart immigration system then
oldschooler
7 minutes ago, Guest1 said: Free deportation? Oh, you mean, Hungary is paying it, of course. I assume that his money finished, anyway Deporting Country must pay. Thats one reason Thailand doesn’t do many long haul (air) deportations . Must…

Guest1
32 minutes ago, oldschooler said: Deporting Country must pay. Thats one reason Thailand doesn’t do many long haul (air) deportations . Must cost around US$10k a throw….. From Immy budget ! Shock, Horror….. Really? But in case it is not…