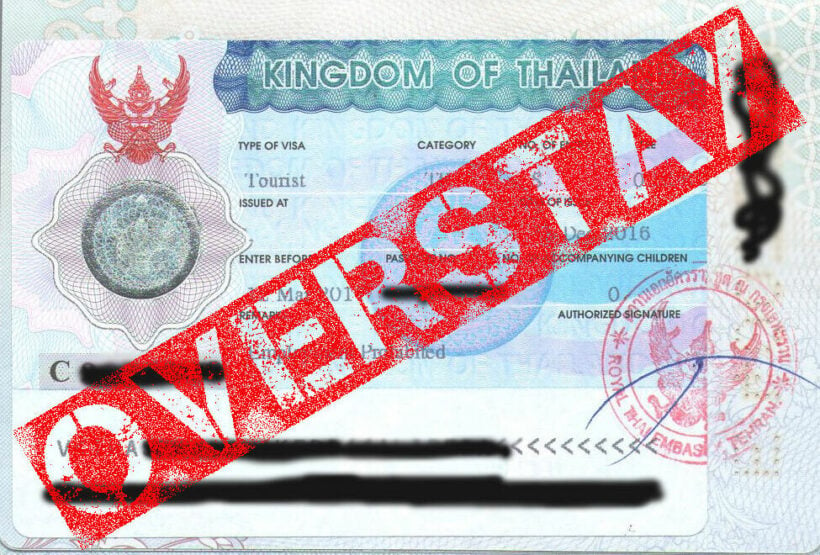 You take your PCR test after your stay in Thailand, before you return home to the UK. You test positive and are confined in a Bangkok hospital for 10 days. Then, to add insult to injury, you’re fined 4,000 baht for overstaying your visa when you go through immigration… purely because you were confined in hospital.

This is the sad tale, one of many, when the Test & Go program didn’t quite go to plan. Quite a high percentage of visitors from overseas have been found to test positive after their compulsory PCR tests (certainly in places like Phuket during late December and January), leaving them to an uncertain 10 days of quarantine in a hospital, ‘hospitel’, field hospital or, if they’re lucky, confined to their hotel or place of residence.

“My recent experience… On 3rd January I tested positive for covid when I took a pcr test for a return flight to the UK, I was incarcerated in a hospital room for 10 days even though I was asymptomatic. Upon release I left the country the next day but because my visa expired on 5th January I was fined 4000 baht by Immigration at the airport for overstaying. I wasn’t the only one being fined for overstaying due to quarantine incarceration, crazy Thailand.”

He had been confined to Bangkok’s BangPo Hospital. But, even there, he struck problems with hospital administrators who alleged that the patient’s insurance company would not pay the full amount of his treatment bill. (The Thaiger has copies of the CM’s hospital bill)

As soon as he was released from his incarceration at the hospital, CM headed to the Suvarnabhumi Airport where immigration officials, despite being presented with evidence of his enforced quarantine, fined him for 8 days of overstay, @500 baht per day. A total of 4,000 baht. (The Thaiger has a copy CM’s immigration fine receipt)

“Tried to explain, showed the certificate from the hospital, they ignored it. I was instructed to sign 2 documents (both in Thai), handed over the 4,000 baht, passport endorsed and they moved onto the next guy (also overstayer due to quarantine).

In further messages to The Thaiger, CM told us that he had come to Thailand for a Christmas/New Year break with his Thai girlfriend.

“I arrive beginning December for Christmas and New Year holiday and visit with my gf, first time back in over 2 years.”

Now safely back in the UK, and 4,000 baht lighter, CM has written an official letter of complaint to the Royal Thai Embassy in London. Let’s hope, apart from offering an apology, the Embassy refund CM’s 4,000 baht fine.

Stonker
15 hours ago, Fundok said: This bears the question: why do all of this? Why should someone with three vaccinations wear a mask? Little personal risk, significantly less likely to infect others. Because masks aren't about "personal risk"!!! .. and…
Stonker
8 hours ago, Fundok said: Being confined to your home, only permitted to leave it to do basic errands or outdoors exercise as done in UK, Italy, France, Austria etc is in my view a massive intervention into one's personal…
Artemis080
16 hours ago, Fundok said: Ok, we need to agree what the topic is. Masks help, I agree. However, the question is: how much sense does the mask mandate make with Omikron? For those being vaccinated the infection bears only…
astro
On 2/4/2022 at 9:30 AM, Thommo said: Really? thats is a far better model then having 80+% hotel occupancy, just let me think about that for a moment 🤪 500 baht a day haha. my rental in bkk cost me more…
ace035
Have they fixed this issues? Anybody in this forum, I am sure it's still going on & that's why you need to add extra 10 days for your departure date on your COVID-19 travel insurance. definitely have a lot of…

Omicron accounts for 90% of new infections in Thailand