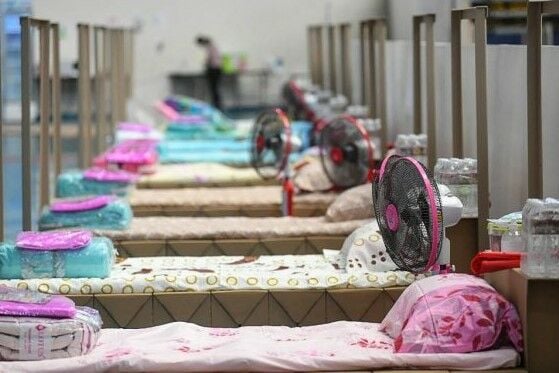 Today, Thailand’s daily Covid-19 related death toll has reached a new high with 34 fatalities reported. Over the past 24 hours, the government is reporting 1,983 new infections, raising the overall total to 88,907 since the pandemic began. The death toll is now at 486 in the Kingdom since the start of the pandemic. Over the past day, 2,006 cases had recovered and were discharged from medical treatment centres.

Since the third wave of the virus began in early April, there have been 60,044 infections reported with 31,617 having made a full recovery.

Meanwhile, Chon Buri province, which features Pattaya, is seeing the lowest amount of daily Covid infections today, at 57, since the latest wave began in early April. Now, the total amount of cases in the province is 3,491 since April 9. 1,430 are still listed as in medical care, with 10 deaths. 2,051 people have been released from care and have fully recovered. 112 people were released yesterday alone.

Bangkok health officials are aiming to get around 70% of the Bangkok’s residents – about 5 million people – vaccinated within 2 months. Yesterday PM Prayut Chan-o-cha noted that the number of people registering for vaccinations with the government had fallen below target.

• Krabi’s tourism operators are urging the government to push forward with local vaccination plans and commit to regulations for the province’s national parks so they can proceed with plans to re-open on October 1.

Ekawit Pinyotamanotai, president of the Krabi Tourism Association, says that “vaccine readiness is the key factor to build the confidence of locals and tourists”.

• The Marine Department is imposing strict new social distancing and regular cleaning aboard ferries on the capital’s main canal routes for passenger ferries. They are also ordering more frequent services to spread out the load on each boat.

Boat operators will now add more trips during the morning rush hour from 7am to 8.30am and in the evening from 4:30pm – 6pm. The service frequency will increase from 5-7 minutes to 2-3 minutes to prevent crowding on both boats and piers – Nation Thailand