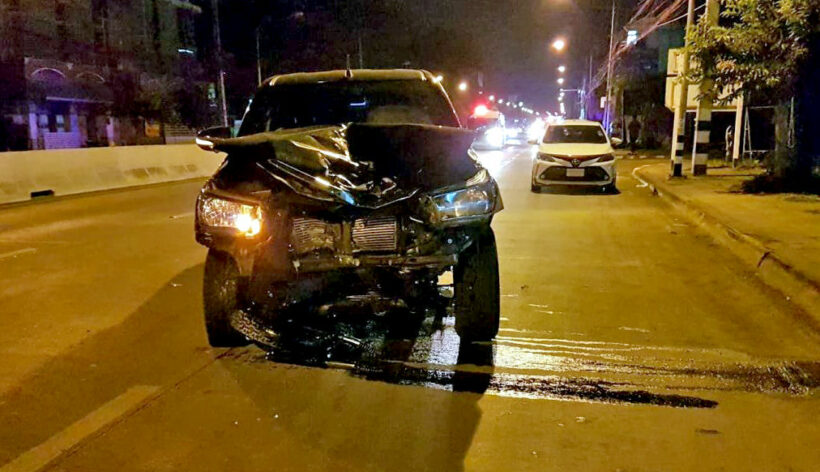 A German tourist has been killed after ghost-riding (riding in the opposite direction to the traffic) on his high-power motorcycle. He crashed head-on with a pickup truck in Chiang Mai road early this morning.

The tourist has been identified as Jan Single. Police also found a quantity of marijuana in a zip-lock plastic bag he was carrying at the time of the incident. The man’s Honda Rebel 500 motorcycle was badly damaged. It collided into the front of a pickup driven by 26 year old Suttahwee Suesat.

Chiang Mai rescue workers responded to the accident on Mahidol Road in Tambon Pa Daed in the main city district at 1.45am.

The driver of the pick-up told police he was driving quite fast at the time and suddenly spotted the motorcycle driving directly towards him in the wrong lane of traffic. He said he was unable to stop in time and collided with the motorcycle.

Witnesses told police they saw the Mr Single ride his motorcycle to a 7-Eleven. When he left the shop he headed off on the wrong direction. The witnesses said the German appeared to be intoxicated.