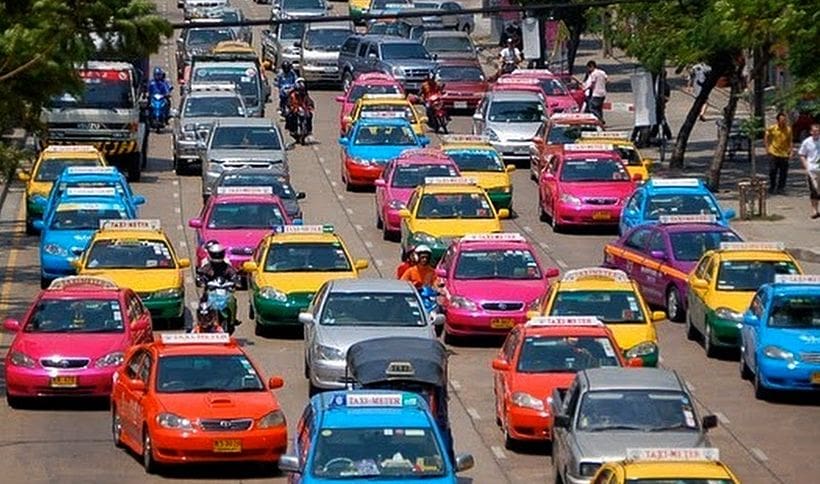 A new taxi service offering unlimited rides for a flat monthly fee of 10,200 baht is set to be launched early next year in Bangkok and surrounding provinces.

A total of 2,000 professional taxi drivers and association members will make up the new My Taxi Co fleet, which customers could hail via a smartphone App, according to association president Worapol Kaemkhunthod this morning.

Cabbies would no longer have to depend on the Department of Land Transport (DLT)’s fare hikes since they wouldn’t be using the meter, he said. Taxis turning away passengers would no longer be an issue, he added. And each subscriber would also get a free bonus of six bottles of juice and food supplement products.

The move was made after the association’s call for a fare hike was turned down. The DLT early last month agreed to propose to the Transport Ministry a hike worth 8 per cent of the overall fare for 12,893 cabs participating in the Taxi OK project. More than 130 kids rounded up in Saraburi pub raid

No hug, no kiss, no goodbye – speeding up school drop-offs