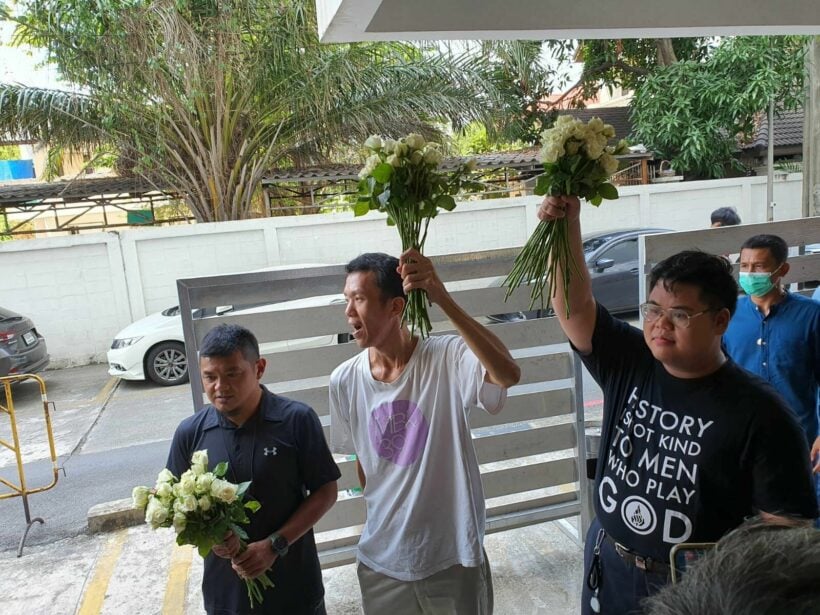 Prosecutors indicted 5 pro-democracy activists today for attempting to “harm HM the Queen’s liberty” during a rally in Bangkok last year that happened to be along the same route as a royal motorcade.

The charge for an “act of violence against the HM the Queen’s liberty” carries a minimum sentence of 16 years in prison. For serious attempts to harm the Queen, the charge carries life in prison, or even the death sentence if the Queen’s life is threatened.

The royal motorcade had passed through a pro-democracy rally in October just as activists were making their way to the Government House where they planned to set up camp to put pressure on PM Prayut Chan-o-cha to resign. Activists have said they were unaware that a motorcade was scheduled for that day.

Photos of the motorcade show crowds of protesters along the road, some raising their hands in the 3-finger salute, a symbol of resistance against the military-run government and monarchy. A previous report from the New York Times said the “act of violence” for some charged activists was apparently yelling at the royal motorcade.

21 year old Bunkueanun “Francis” Paothong is facing charges for an alleged attempt to harm the Queen’s liberty told the Bangkok Post that he had no intentions to do any harm to the Queen.

“I did not have such intentions, nor was I trying to do so. I’ve reaffirmed these facts over the past few months.”

“We are just hoping for bail because we did not do anything wrong. We had no idea the royal convoy was coming.”

All of the other accused activists have also denied the charges.