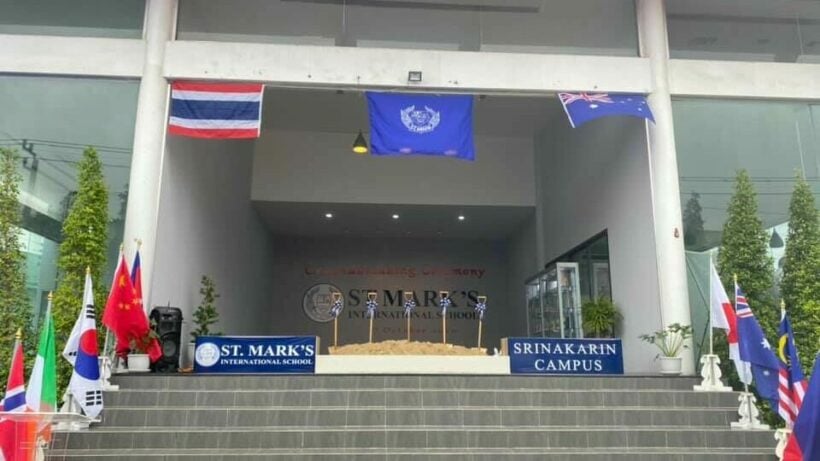 Foster’s school was allegedly discovered to be employing 6 teachers that did not have work permits. Thai media says the teachers incriminated themselves by being caught while teaching. Region 6 officers from the Bangkok Labour Department caught the alleged teacher criminals. They also say the building had regulations there were being ignored.

Then, at St. Mark’s school, officials determined that the school only had permission to have a kindergarten for its first 3 years of being open. The school allegedly had primary and secondary levels without permission. The school has been ordered to halt new admissions as of earlier last week. Thai media says the criminal activity allegedly taking place at these institutions is part of a wider investigation they have into international schools following the cessation of onsite education.

The officials anticipate breaking up more criminal activity as time goes on as schools are struggling amidst the Covid pandemic. Attaphol adds that parents should refer to his organisation’s website if they have any questions as to whether the schools they send their children to are breaking any laws.

colinneil
Shocking, absolutely shocking, teaching without work permits, criminals damned criminals, how could anybody do such a disgusting thing. Meanwhile there are a bunch of criminals claiming to be a government, cheating scamming,  one even dealing drugs, what is becoming done regarding…
Rebel
Most of the Thai society seems to be build on cheat and swindle.  Just see the encroachment on Koh Larn and the restaurants and bars at the water front of Walking Street  in Pattays and the list goes on. So…

gummy
Just now, Rebel said: Most of the Thai society seems to be build on cheat and swindle.  Just see the encroachment on Koh Larn and the restaurants and bars at the water front of Walking Street  in Pattays and the…

BraveNewFahrenheit
So did the schools refuse to pay up? Quite incredible the way this reads in light of what has come out about the police recently.

Mu variant as a Covid-19 “variant of interest” by WHO