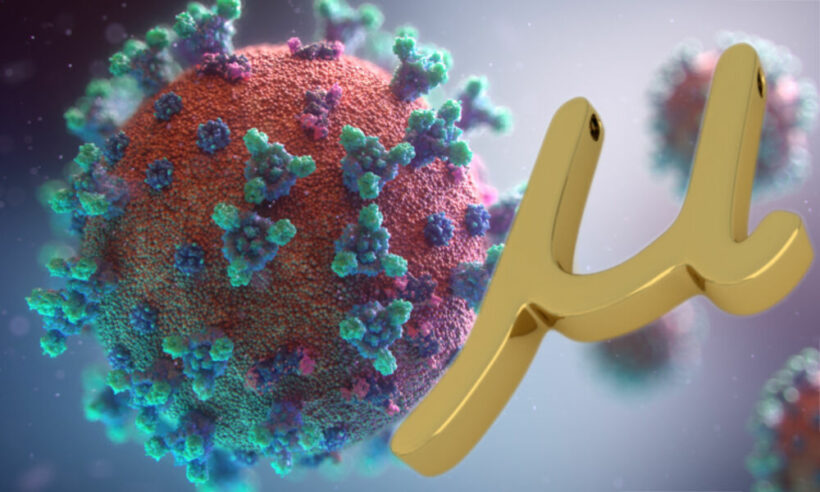 PHOTO: The Mu variant of Covid-19 has been named a variant of interest. (via drugtargetreview.com)

By now, news of the Delta variant, a much more contagious strain of Covid-19 that has spread around the world, is well understood. Now, ‘Mu’, a new Covid-19 variant that may be resistant to vaccines, is making headlines as a new “variant of interest” according to the World Health Organisation.

The Mu variant was first identified in Colombia 8 months ago in January is a mutation of Covid-19 that is troublesome as this strain may have developed a resistance to some vaccines. Though it has been known since January, just yesterday the WHO officially classified it as a variant of interest as part of their weekly bulletin they produce about Covid-19.

B.1.621 is commonly known as the Mu variant after μ, the 12th letter of the Greek alphabet after the WHO announced a shift at end of May to Greek names to avoid stigma with geographic names and confusion with technical scientific names.

While it was first seen in Colombia in January, it has now been detected in parts of Europe and in other South American countries and has grown to make up 39% of the Covid-19 infections in Colombia. So far the Mu strain is not widespread globally though, with the variant accounting for under 0.1% of infections worldwide.

The Mu variant is still cause for concern though, as the mutations from the original variant may make the new strain harder for vaccine immunisation to conquer. Mutations like the Delta variant are more resistant to some vaccines, but still beatable, but their mutation has made it much easier to spread. This caused a global spike in infection rates and cases surging in places that were previously succeeding in the fight against Covid-19 and as a result, relaxed their health and safety measures.

Mutations are common in viruses, and the longer they spread without vaccination, the more time and opportunity a virus has to mutate, sometimes into a strain that is drug and vaccine-resistant, more powerful, or more transmissible.

Variants of interest are strains that are less dangerous, less widespread, or whose levels of severity and transmissibility are not yet known. They include the Eta variant found around the world, the Iota variant first identified in the US, the Kappa variant first found in India, and the Lambda variant first seen in Peru. The Mu variant would be the fifth variant of interest currently on the WHO list.