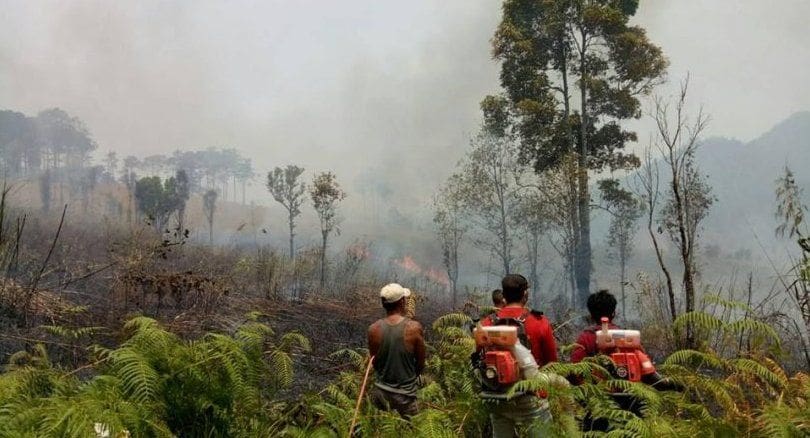 Air pollution in Chiang Mai, in northern Thailand, is allegedly responsible for over 30,000 people visiting the hospital seeking treatment for respiratory illnesses. The city, known for its burning season, that blankets the air with smoke, has recently taken the top spot of having the worst air quality in the world. The IQ AirVisual air monitoring website listed Chiang Mai this morning as having the worst pollution, as it tracks air quality in real time.

The city’s air quality has consistently been ranked in the top 3 of the world’s worst cities in terms of pollution since the start of this month, an annual listing at this time of the year. IQ AirVisual even says it has taken the top spot for recent days. The Thailand Meteorological Department has also said that the poor air quality will last for another week due to the southern west wind current being too light to knock out the dust particles that are trapped by cool weather in the evenings. Chiang Rai, Chiang Mai, Lampang, Mae Hong Son, Tak and Phayao provinces are being affected the most due to the smog. Chiang Mai city area has a particular problem being in a valley which can trap the bad air.

Chaing Mai health officials say over 31,000 people have sought medical treatment for respiratory issues, such as cardiovascular disease as well as other eye and skin inflammatory diseases due to the smog.

The northern region has 926 hotspots, with Mae Hong Son having the most at 442, followed by Chiang Mai and Tak. The cause of the pollution is mainly due to wildfires sprouting up as a result of open burning across the border in Myanmar forests and locally around northern farms in Thailand. A taskforce has been deployed to 5 districts in Chiang Mai to deal with the haze until tomorrow, with rangers also setting out to extinguish wildfires in Lampang province on Phrabat Mountain.

Currently, Chiang Mai has an air quality index of 193, being considered in the unhealthy zone, with a PM2.5 concentration of 137.4 µg/m³. USAQI is an Air Quality Index used by the United States Environmental Protection Agency. The fire map, in real time, which shows the many fires ablaze across the border in Myanmar.

Over 250,000 receive eye and nose medical treatment due to pollution in northern provinces