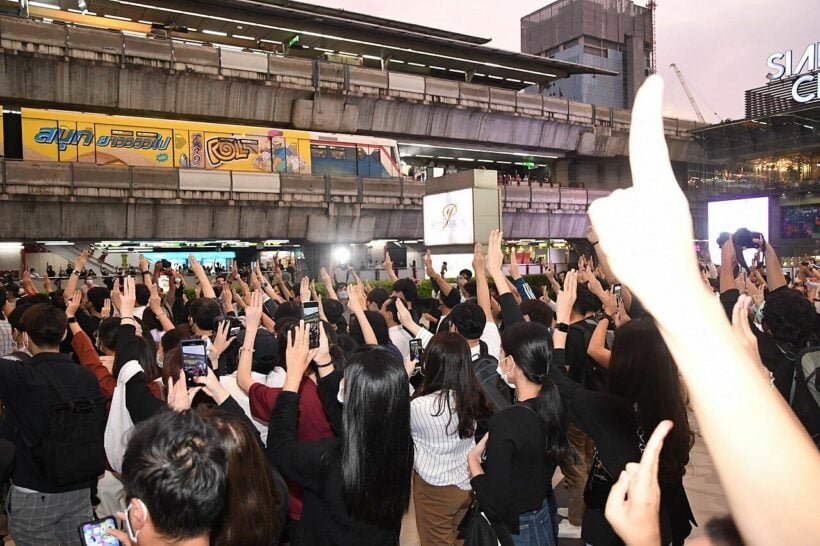 Officials say 3 protest leaders have been transferred from Bangkok Remand Prison to Thon Buri Prison, in the Bang Bon district of the capital, to avoid overcrowding. Panupong Jadnok (“Mike”), Piyarat Chongthep (“Toto’’) and Jatupat Boonpattararaksa (“Pai Dao Din’’) underwent processing and health checks in the reception area of Thon Buri prison before entering 14-day quarantine. The Bangkok Post reports the 3 protest leaders are being held in separate rooms, although each room also houses other detainees.

The 3 face serious charges as a result of their participation in anti-government rallies and have been denied bail. Panupong and Jatupat have been charged with violating section 112 of the Criminal Code (also known as the lèse majesté law, which prohibits criticising, insulting, or otherwise defaming the monarchy). Piyarat has been charged with violating the emergency decree.

Ayut Sinthoppan from the Corrections Department says prison officials from Bangkok Remand Prison will arrive to escort the 3 activists to court for the duration of their trial. He adds that the prison has 24-hour security and the 3 are not currently allowed any visitors as they are carrying out 14-day quarantine.

Meanwhile, fellow protest leader Panusaya Sithijirawattanakul, aka, “Rung’’, is being held at the Central Women’s Correctional Institution and is also in 14-day quarantine. The prison director, Soraya Rit-aram, says only her lawyers have permission to visit her.

The Bangkok Post reports that yesterday, the Justice Minister, Somsak Thepsutin, referred to plans to expand the prison to house political prisoners, so as to alleviate overcrowding when family members or fellow activists visit. However, he added that the proposal would need to be investigated further.