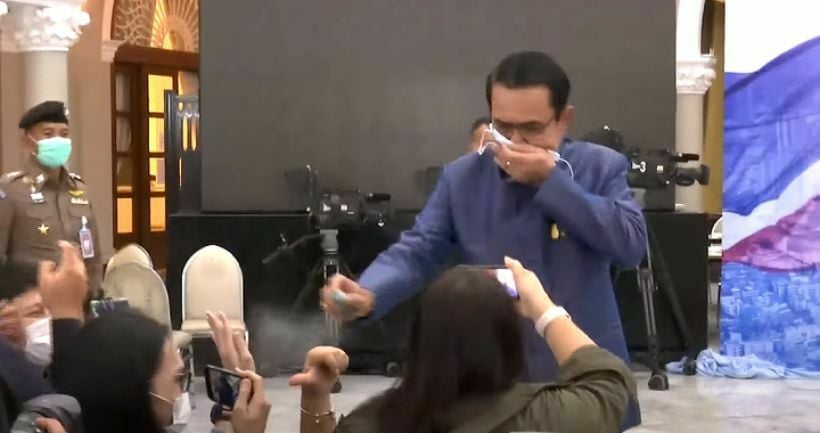 Screenshot via the Thai government

Thai PM Prayut Chan-o-cha sprayed hand sanitiser at reporters yesterday, avoiding a question about the cabinet reshuffle and walking out of his press conference followed by a mist of alcohol .

The prime minister had been asked about a list of candidates for cabinet positions that opened up after 3 ministers were detained on insurrection charges for their involvement in protests from back in 2014 to oust the Yingluck administration.

After the question, Prayut said “Is there anything else to ask? I don’t know, I haven’t seen it. Isn’t it something the prime minister should know first,” according to Reuters. Prayut then left his podium and sprayed the hand sanitiser at reporters as he walked out.

Back in 2014, Prayut tossed a banana peel at a Thairath TV camera crew after being told to face the camera.