Jaran Ditapichai, the president of the Association of Thai Democrats without Borders’ has written to the UN yesterday asking the international body to investigate the government of Thai PM General Prayut Chan-o-cha.

The Nation reports that Jaran personally dropped the submission at a letterbox near the UN headquarters in New York and recorded the action with a selfie next to an anti-Thai government sign saying: “Don’t Let Democracy Die in Thailand!”

Meanwhile PM Prayut has been in New York since Saturday attending a UN meeting themed “Galvanising Multilateral Efforts for Poverty Eradication, Quality Education, Climate Change and Inclusion”, other trade meetings with his entourage and the Climate Summit, along with the Thai Foreign Monster Don Pramudwinai. Prayut has also been meeting with Thai expats at staged photo opportunities over the weekend.

In his letter addressed to the UN, Jaran described the administration as a military government in disguise, which has direct control over several state institutions such as the Senate, the Constitutional Court, Criminal Courts and the Election Commission. The pro-democracy association also called on the UN to seek a “Thailand Status Update on Current Political Situation”.

The 250 member upper house – Senate – of the Thai parliament was entirely hand-picked by the military government, the NCPO, before being disbanded in the aftermath of the March 24 election. 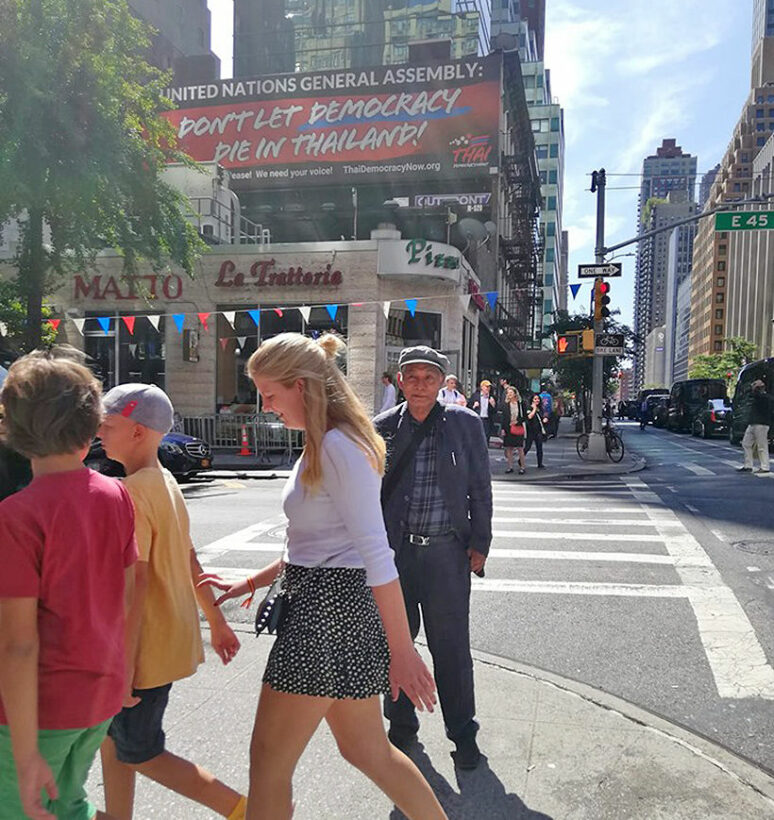