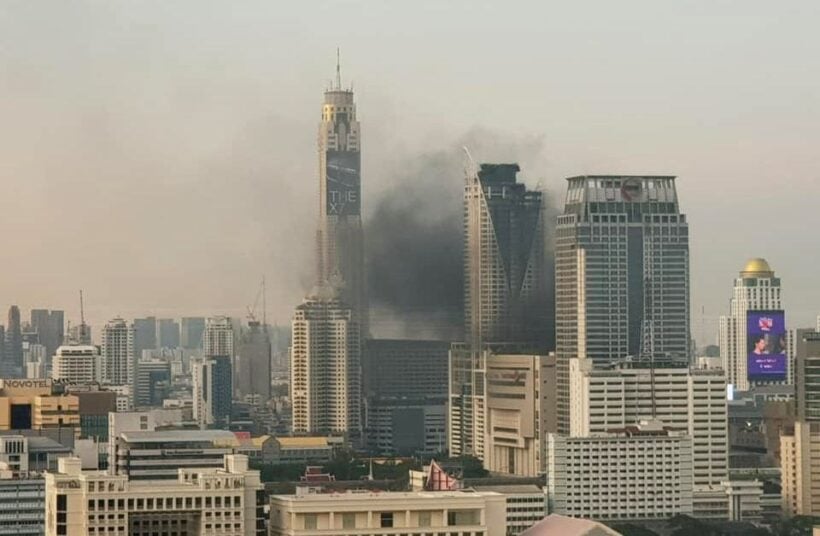 A big fire has broken out on Ratchadamri Road, Pathumwan in the busy Sukhumvit shopping zone in Bangkok. Videos and photos posted online show the blaze and thick smoke spreading from the Centara Grand Hotel, located next to the CentralWorld shopping mall.

The Bangkok governor has reported that the death toll of the blaze is three people. One died at the scene and two others were pronounced dead at a hospital.

The location is the busy Ratchaprasong intersection. The fire started just before 6pm.

Flames and smoke from the blaze, apparently from a documents storage room on the eighth floor of the hotel, was visible from a distance, sending shoppers and workers rushing to the hotel’s parking space in panic to get their cars out.

The people fleeing the fire worsened the already heavy traffic at the intersection, crowded by onlookers.

Pathumwan Police Station was alerted about the fire at 5.50pm but police officers, firefighters and water trucks battled the gridlocked traffic to access the area.

CentralWorld shopping mall and Centara Grand@CentralWorld are situated in Bangkok’s business and district and are always crowded.

Pinit Arayasilapathorn, director of Pathumwan district, says that the fire broke out on the eighth floor of the 56 storey hotel.

He added that the fire was small and brought under control quickly, but said a staff member terrified by the blaze, had jumped out of the window and died. Two others members of staff sustained injuries, were taken to hospital but succumbed to their injuries. 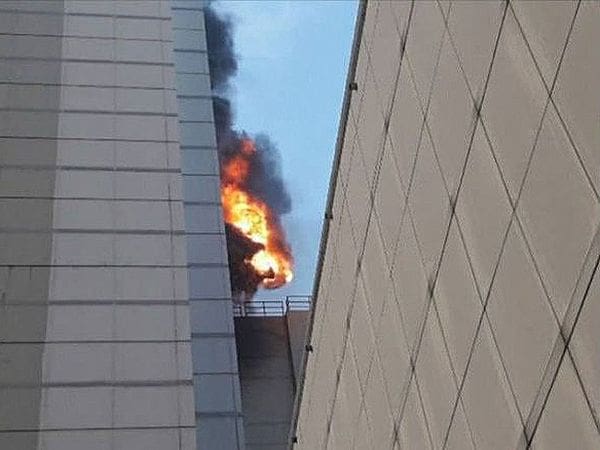 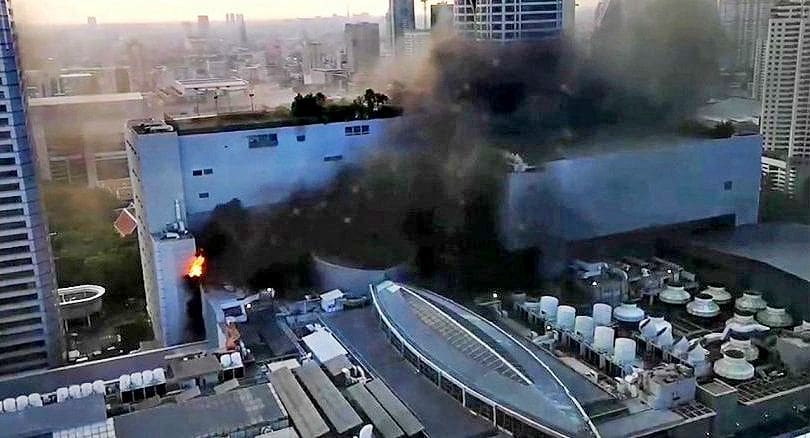 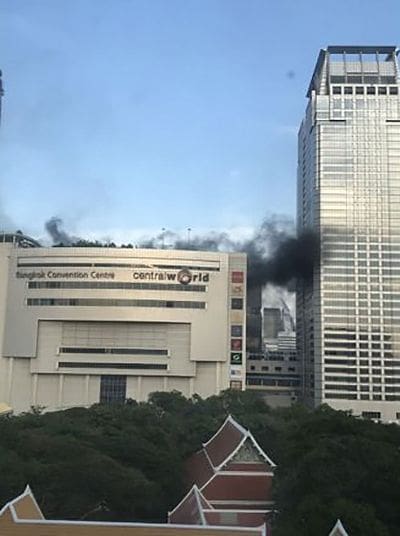