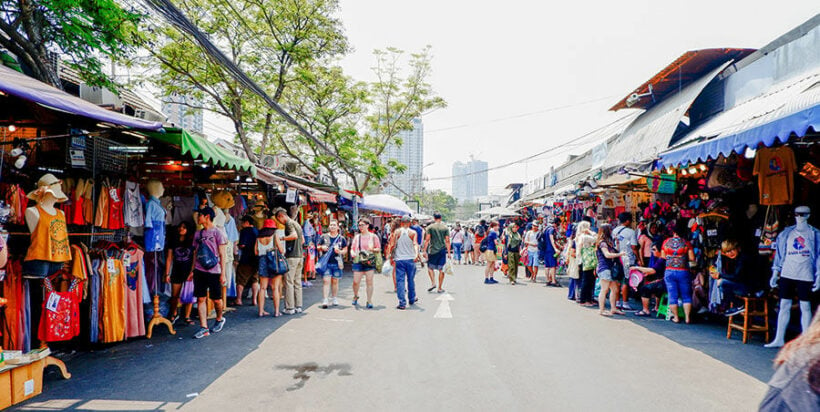 “46% of Thais want the Songkran holidays moved to the (western) New Year period.”

A new poll shows that most Thais are anxious to return to markets and supermarkets first, as the country continues to relax the restrictions imposed during the Covid-19 crisis. A report in Nation Thailand says over 83% of those surveyed are prioritising markets, flea markets and supermarkets, with fewer than 49% saying they want to return to department stores, and just over 40% saying hair and beauty salons are high on their list.

Recently reopened cinemas may be quiet for a bit longer, as a whopping 91% of Thais say they don’t want to visit movie theatres right now. Nearly 84% say they’re not interested in visiting airports, 83% say they won’t be going to beauty clinics, and over 81% say massage parlours are out.

Over 46% of Thais want the Songkran holidays moved to the (western) New Year period, while over 33% say they’d prefer to get them in September as there are no public holidays that month. 20% say they’d be happy to have the holidays granted at any stage this year.

A total of 1,204 people were canvassed in the poll, which was carried out by the Bangkok University Research Centre.