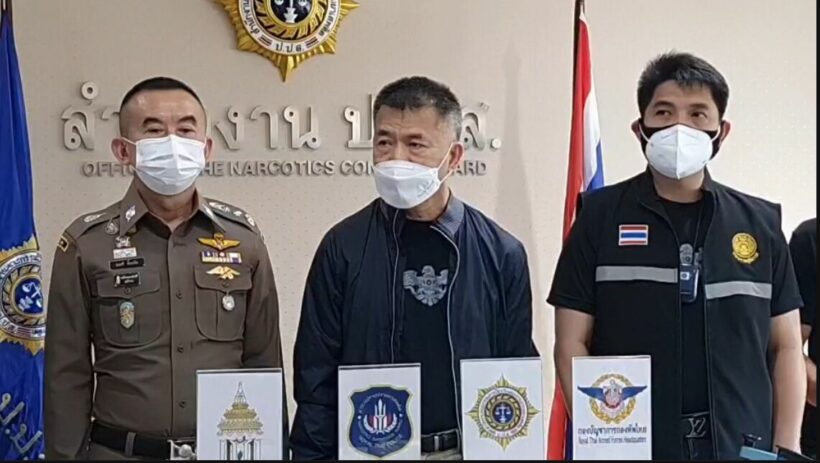 A Singaporean man was arrested for allegedly attempting to mail crystal methamphetamine and ecstasy from Thailand to his home country. Airport security in Thailand checked the package and found the drugs hidden in a speaker. Chief of the Narcotics Control Board Wichai Chaimongkhol says 1,320 ecstasy pills and 3 kilograms of crystal methamphetamine, known as “ice,” were found in the speaker.

Police obtained a warrant to search the man’s condominium in Bangkok. Officers say they found ecstasy and chocolate with cannabis. Police suspect the man has sent illicit drugs by air to Australia and Singapore about 40 times. The man faces charges for possession of Category 1 narcotics and drug trafficking.

Following a major drug bust in South Korea reported this week where a Thai national was arrested for allegedly picking up a package containing methamphetamine mailed by air from Thailand, Justice Minister Somsak Thepsutin ordered the Office of Narcotics Control Board to investigate transnational drug operations with routes in Thailand.

In the past year, police have investigated more than 100 cases involving attempts to send illicit drugs overseas, according to Royal Thai Police deputy chief Manu Mekmork. To screen shipments entering and leaving Thailand by sea transport, a special unit has been set up at the Laem Chabang port, Manu says. Around 100,000 shipping containers leave Thailand each day.