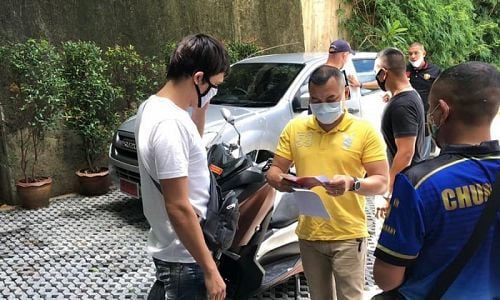 A Russian man was arrested yesterday afternoon after allegedly selling fake tour tickets to tourists in Patong. 34 year old Leonid Lurkovskii targeted his scheme at Russian customers and was selling fake tours along with an equally fake receipt.

The arrest followed a representative of Royal Palace tours filing a complaint with the Patong police. He accused Mr Iuraovskii of fraudulently selling Royal Palace tour packages and falsely representing their business.

Police issued a warrant last Friday and made the arrest yesterday afternoon on charges of theft of property belonging to an employer, as well as creating and using counterfeit documents. Police say the scheme caused more than 100,000 baht worth of criminal defamation to the Royal Palace Company, which he was claiming to represent.