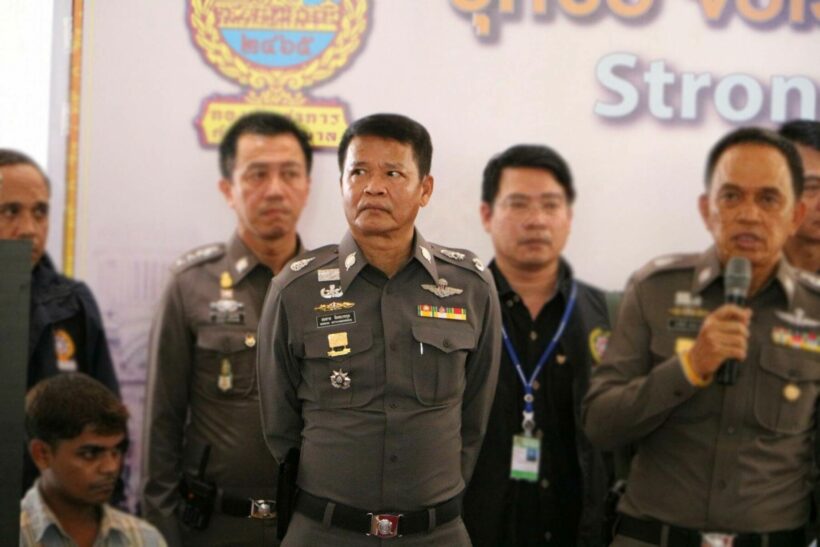 A former deputy commissioner of Provincial Police Region 8 found guilty of fraudulent activity has had his 137 million baht fortune confiscated by Thailand’s Criminal Court for Corruption.

Pol Lt Gen Somchai Nitayabowornkul was found guilty by the National Anti-Corruption Commission (NAAC) on August 10 for having assets worth more than he could ever afford in relation to his rank and salary.

The NAAC Secretary-General, Niwatchai Kasemmongkol, told a Thai press gathering yesterday that Pol Lt Gen Somchai was “unusually wealthy for his position” and the department had sufficient evidence to accuse him of amassing extraordinary wealth while serving as deputy commissioner of Provincial Police Region 8.

“The Criminal Court for Corruption and Misconduct Cases of Region 8 found Pol Lt Gen Somchai guilty as charged on August 10, 2022.”

Pol Lt Gen Somchai, his wife Kesinee, and daughter Panisra were ordered to hand over purchasing and ownership documents in relation to their fortune of about 137 million baht to the Finance Ministry.

Viggen840
22 hours ago, DoUKnowWhoIAm said: I wouldve thought all pol generals in Thailand have a similar degree of "unusual wealth", I suppose this one  mustve stepped on someone's toes.  Time for a 'forensic investigation' of the entire gaggle of overly…
Viggen840
So if this is a DEPUTY Commissioner, who is investigating the Commissioner? Ho many are going to be packing up and running scared because of this? Come to that, what is the net worth of Prayut? Where did HIS wealth…
TWS60
House on my soi in a working-class moo baan is a "police" house but he was killed many years ago, struck by a vehicle a roadway checkpoint. The local hair salon cum gossip lady says he used to come home…
JamesR
The corruption in Thailand just makes me laugh. In 2019 I had a house built next to Mae Phim Beach in Rayong. I needed to get planning retrospectively so I slipped the local council office planning department 8k baht and…
ChrisS
A corrupt policeman in Thailand! Wow who would have thought it. IF anyone was serious about investigating corruption in Thailand there would be hardly a policeman or public official NOT being caught. This guy is only in the poo because…

VIDEO: Man breaks into ex-wife’s home and kidnaps her in central Thailand