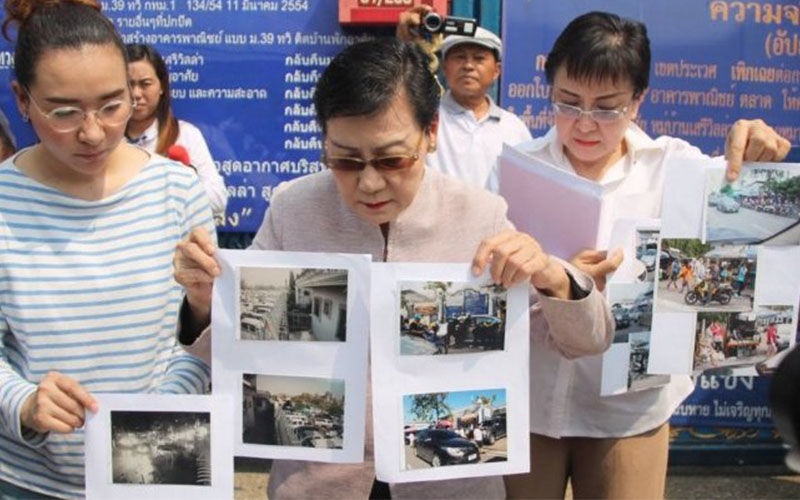 Bangkok’s famous, or infamous, ‘angry aunties’ (Thai PBS describes them as ‘female car vandals’) have had their day in court and have been handed out a suspended three month prison term by the Phra Khanong provincial court.

In February last year the 57 and 61 year old sisters got busy on a pick-up truck that was parked in front of their driveway, blocking their access. Enjoy the video HERE.

The court found the two women, Maneerat Saengpattharachote and Rattanachat Saengyoktrakarn, guilty of causing damage to other people’s property and also fined them 18,000 baht each.

But the sentence was commuted to 2 months and the fine was lowered to 12,000 baht each due to their “useful testimonies”, according to the Thai PBS report. The court acknowledged that the two women committed the offence out of frustration and stress and suspended the prison term. 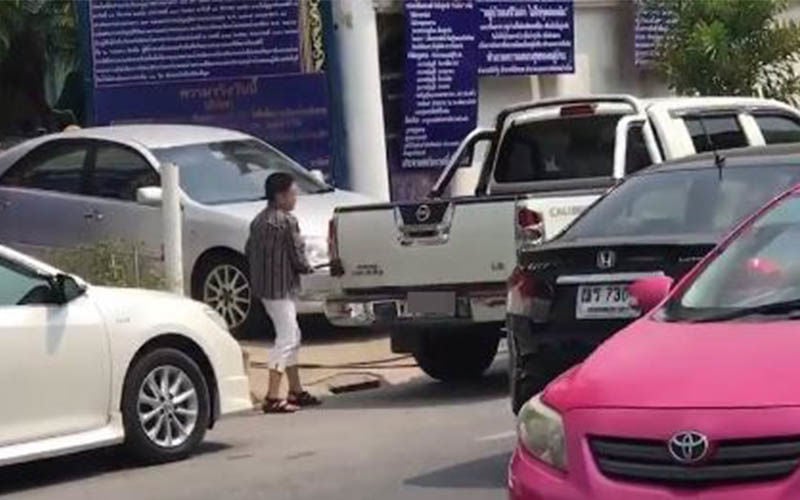 The incident happened outside the Seri Villa housing estate in Prawet district, Bangkok. The two women started smashing up the pickup truck because it blocked their driveway preventing them taking a man to hospital.

Last year the pickup driver, Rochaneekorn Lertwassana, was fined 5,000 baht and sentenced to 15 days imprisonment, also suspended for one year, after she was found guilty of causing inconvenience to other people.

The two car vandals also won a court case against the Bangkok Metropolitan Administration and the Prawet district office when the Administrative Court ordered the demolition of five markets, which were illegally built in their area, causing traffic jams in their once peaceful community and shoppers often parked their cars, blocking their house gates. 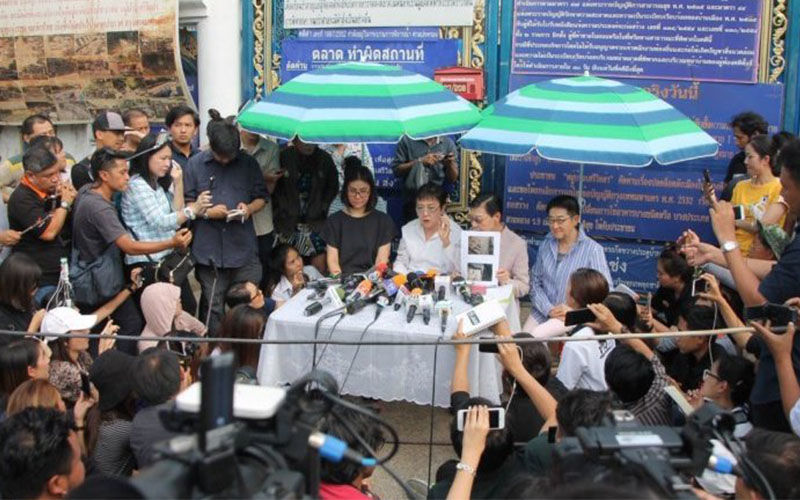 Just how many hazardous chemicals are going through Laem Chabang port?