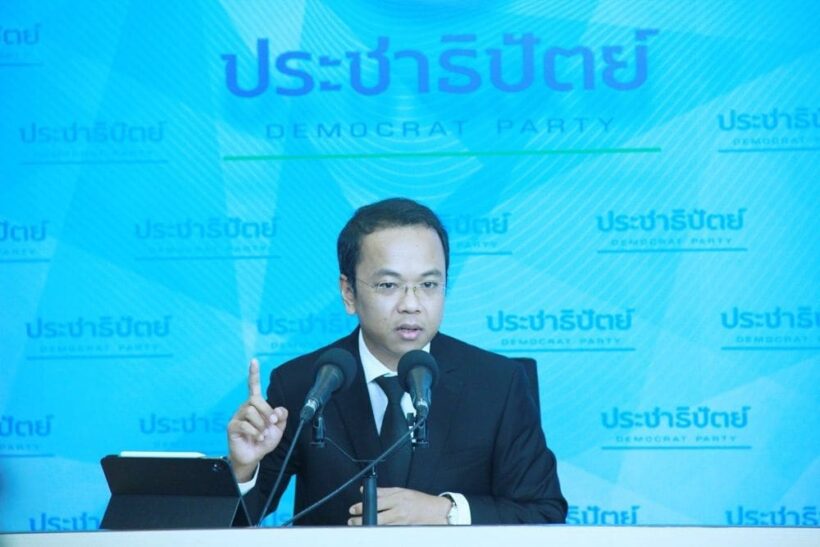 Three sleeps to go before the Thai parliament meets to elect a new PM. The result of that vote is expected to favour the Palang Pracharat prime ministerial candidate, Prayut Chan-o-cha, the man who has been Thailand’s PM for the past five years.

The Democrat party say they will decide on Tuesday, whether to join the coalition led by the pro-army Palang Pracharat party, only one day ahead of the joint Parliament sitting to elect the next PM. The numbers are heavily stacked in favour of Prayut who already has 250 votes from the NCPO-nominated Senate.

If they decide not to back the Palang Pracharat party bloc, there will be no party holding a majority in the lower house.

Party spokesman Mr. Ramet Rattanachaweng says Wednesday’s meeting will discuss all the issues, including the former leader Abhisit Vejjajiva’s vehement rejection of PM Prayut serving a second term in office, – he made the declaration in the week before the March 24 election.

Mr. Ramet said that, whatever the decision, all the party members will have to unite and abide by it, whether they agree or not.

He confirmed that there would not be a free vote by Democrats in parliament for the election of a PM – that the Democrats will vote as a bloc.