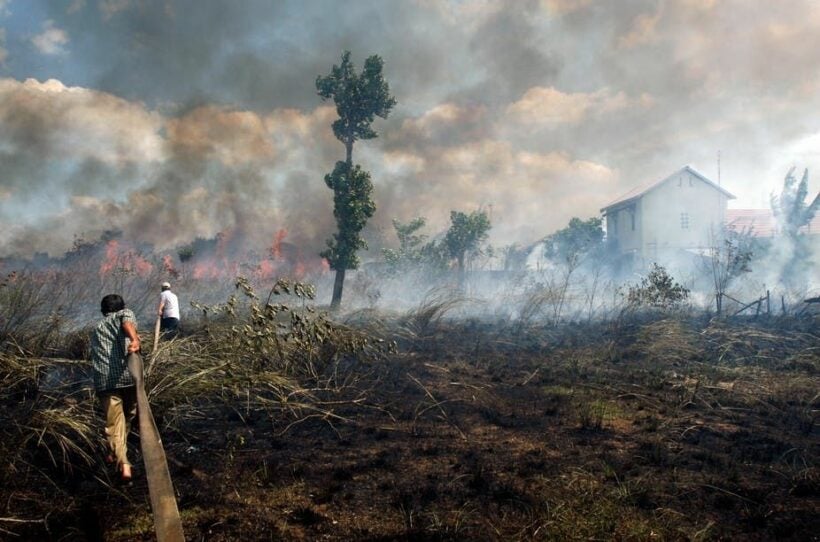 A brutal Indonesian forest fire season blanketed some of south east Asia in choking smog is renewing scrutiny of the country’s major palm oil and paper companies. Activists are accusing them of breaking promises to halt logging.

The monster plantation blazes sent a pall of acrid smoke over the region for weeks, closing schools and airports and causing a spike in respiratory ailments. Singapore, Malaysia and southern Thailand were the worst affected but the smoke also caused grief for thousands of other Indonesian citizens living around the fires and adjacent islands.

The fires, mostly lit to clear land for agriculture, were the worst seen in the country since 2015.

Leading companies have in recent years pledged not to log any more pristine rainforest, not to use burning to clear land and to cut ties with smaller suppliers who don’t abide by their rules, but critics claim such vows now ring hollow.

Annisa Rahmawati, a senior forest campaigner at Greenpeace, says they do not live up to the commitments, and are not addressing the fact that we are now in a climate crisis.

“They are still doing business as usual.”

Industry players, however, insist they have gone to great lengths to stop burning and trees being cut down in their operations. Singapore-listed Wilmar International, the world’s biggest palm oil trader, committed in 2013 to a no-deforestation policy and says it has stopped sourcing from 17 suppliers that did not comply with their rules.

Production of palm oil, used in numerous everyday goods from shampoo to biscuits, has been blamed by environmentalists for driving massive deforestation. Consumer goods companies are paying more attention to where they source palm oil and other materials.

Some of the world’s largest brands, including Nestle and Unilever, pledged in 2010 to reach net zero deforestation within a decade through “responsible sourcing” of cattle, palm oil, soya and other commodities.

But after that pledge was signed, the pace of tree-felling linked to commodities increased dramatically and at least 50 million hectares (123 million acres) of forest worldwide has been destroyed Greenpeace said – an area about the size of Spain. 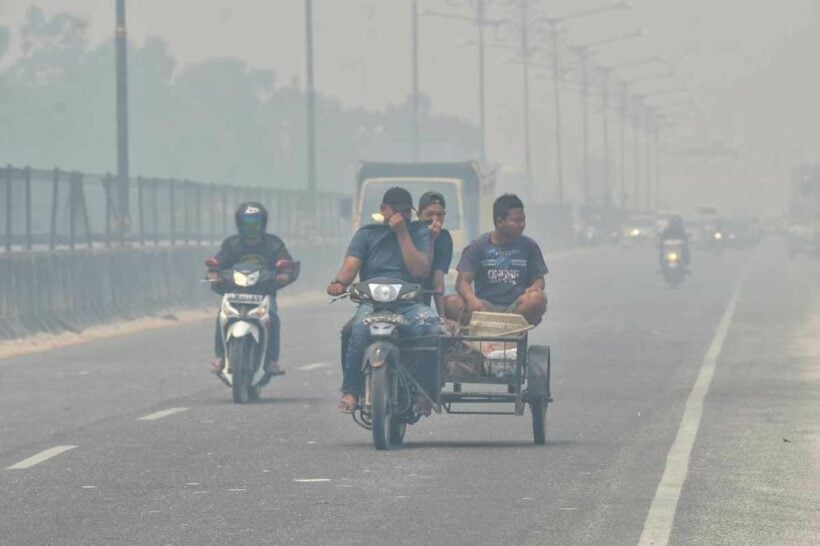 Fires are used as a cheap way to clear agricultural land in Indonesia every year during the dry season.

Experts say it is hard to know who is responsible for the blazes in the hardest hit areas – Indonesia’s Sumatra island and the Indonesian part of Borneo, which are home to myriad companies of varying sizes and numerous small-scale farmers.

Big firms insist they have “no-burn” policies in place and often blame smallholders for starting fires they say then spread to their plantations.

Indonesia has made some arrests over the blazes but in many cases it remains unclear who started the fires – and who ordered them.

While larger companies have vowed not to source from smaller ones that break strict environmental rules, critics say they are not monitoring their supply chains carefully.

“The biggest challenge is the industry-wide lack of traceability of the origins of palm fruit,” said Nur Maliki Arifiandi, from WWF Indonesia.

Some industry watchers say commitments by big firms have helped and official figures show the rate of forest loss in Indonesia declined in recent years.

But critics say problems persist – this week Greenpeace said in a new report that palm oil and pulpwood companies with links to land burned between 2015 and 2018 rarely faced serious government sanctions.

And last year the NGO accused palm-oil giant Wilmar, as well as other consumer brands including Colgate-Palmolive, Hershey, Nestle, and Unilever, of continuing to buy from groups that were destroying the rainforest.

At the end of 2018 Wilmar, Unilever and Mondelez committed to a mapping and monitoring platform for the palm oil sector, which Greenpeace supported at the time as a potential breakthrough in cleaning up supply chains. But the NGO pulled out of the project last month, saying the companies were not serious about the project.

Wilmar insists it sticks to its commitments and says it continues to work towards a supply chain free from deforestation from 2020. Activists however doubt such goals are within reach.

The Conversation lists key things Indonesia’s President Jokowi can do to fix the problem HERE.