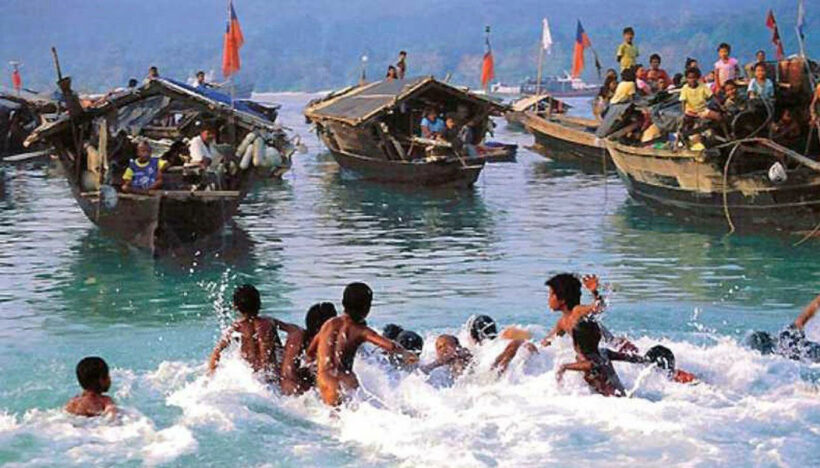 A report by the Thomson Reuters Foundation, shared by ThaiVisa, says that human rights groups are warning that Thailand’s indigenous people risk losing more of their land and being further marginalised by a tourism industry that continues to ignore their plight.

Emilie Pradichit, Director of the Manushya Foundation, says the increased demand for hotel accommodation means authorities are eyeing up indigenous land, forcing out the native people who have been there for generations.

“Indigenous people do not have legal recognition of their collective and individual land and resource rights, so they are often subject to forced evictions. Authorities promise them jobs in the tourism industry, but these do not compensate for the loss of their land.”

She adds that over the years, more areas have been designated as national park land or forest reserves, evicting indigenous communities and even charging them with trespassing and imposing harsh penalties. In Phuket, the sea gypsy community continues to fight such evictions.

Thailand has approximately 6 million indigenous people, making up more than 9% of the population. In addition to being evicted from their land, they face threats of violence and intimidation. It’s reported that over 59 human rights activists have been murdered or have disappeared in the last 20 years, according to Protection International, a group that works to protect such activists.

One such victim in the news recently was Pholachi Rakchongcharoen, also known as “Billy”, a Karen activist fighting forced evictions in the Kaeng Krachan National Park, after authorities decided to declare it a World Heritage Site to attract more tourists.

Billy disappeared in 2014 and just this month, Thai police confirmed that a piece of his skull had been found in a burnt out oil drum in a reservoir.

Noraeri Tungmuangtong, speaking on behalf of the Indigenous Women’s Network of Thailand, says the government must respect the country’s indigenous people.

“The authorities say we can get good jobs, but they only want us to dress up and pose for tourists. We belong here, and the government must respect our culture and our right to the land.”

It’s understood that the Tourism Authority of Thailand would not respond to requests for comment.

Thomas Cook customers may have to wait 2 month for refunds