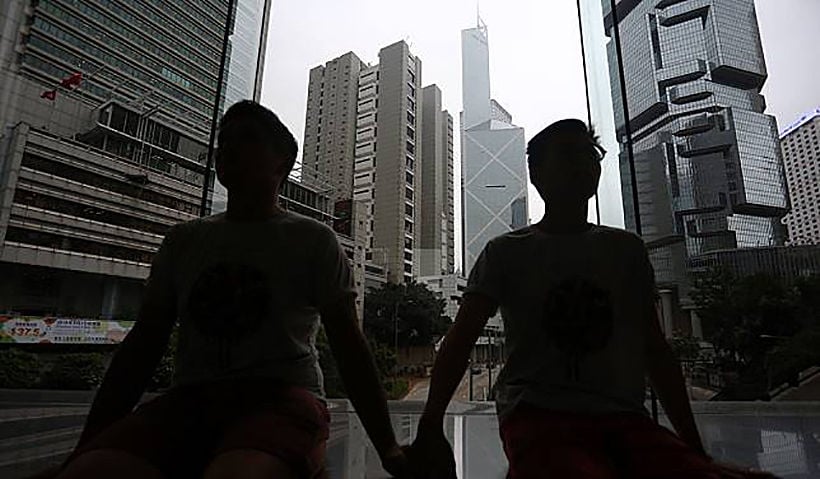 Today is World Aids Day. Whilst the treatments and social acceptance of HIV and AIDS has come a long way since those scary days in the early 80s, stigmas remain, particularly in Asia. The Thaiger would like to commemorate the day by featuring a story about local Thai hero Dr Deyn Natthakhet Yaemim who has made knowledge about HIV/AIDS more available and modern treatments accessible in the Land of Smiles. And now Malaysia and Hong Kong as well.

Discrimination against sexual minorities remains rife in Asian health care. An encounter at a hospital in Thailand five years ago prompted Dr Deyn Natthakhet Yaemim to open a venue where LGBT community members are treated sensitively and, importantly, can access health care without discrimination, easily, and with the knowledge they’ll be treated with the same respect as other hospital patient would expect.

An encounter with unprotected sex five years ago, found Deyn visiting a Bangkok hospital to get an emergency anti-HIV drug known as PEP, post-exposure prophylaxis. This antiretroviral medication significantly reduces, but doesn’t eliminate, the chance of contracting the HIV, if taken within 72 hours of the sexual encounter. But the reaction from an attending nurse was a shock.

Deyn eventually received the PEP medication but not after being made to feel unwelcome and stigmatised.

The incident spurred him to open the Pulse Clinic in Bangkok in 2015.

“When we opened in Bangkok, it was like customers were coming to my family’s house and we treated them that way, like you would a friend or a relative.”

The first clinic in Thailand was a totally family affair. Deyn’s mother was a nurse, his gay brother worked in reception, and his father in security.

In the first year the first Bangkok Pulse Clinic served 9,000 patients. Now there are three other Pulse Clinics in Thailand, another in Bangkok, one in Phuket, and another opening up in Kuala Lumpur, Malaysia, as well as the new clinic in Hong Kong. (Story continues below…) 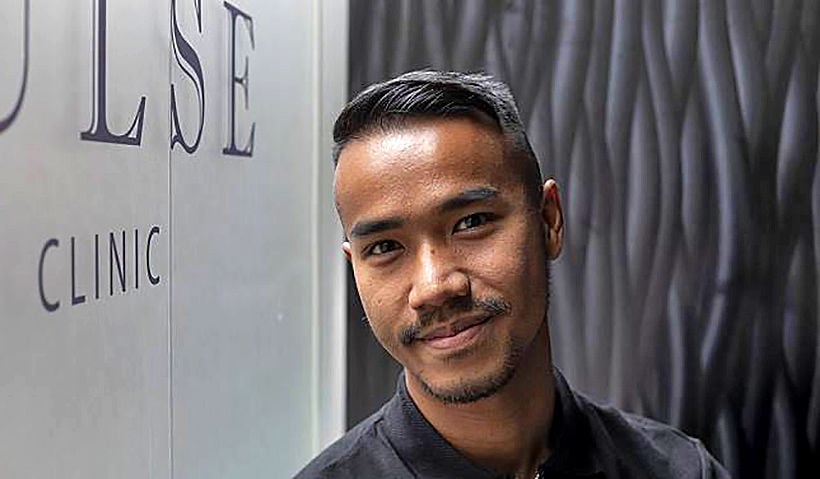 PEP stands for post-exposure prophylaxis. It means taking antiretroviral medicines (ART) after being potentially exposed to HIV to prevent becoming infected. PEP must be started within 72 hours after a recent possible exposure to HIV, but the sooner you start PEP, the better. Every hour counts. If you’re prescribed PEP, you’ll need to take it once or twice daily for 28 days. PEP is effective in preventing HIV when administered correctly, but not 100%.

PrEP, on the other hand, (Pre-exposure prophylaxis) is when people at very high risk for HIV take HIV medicines daily to lower their chances of getting infected. A combination of two HIV medicines (tenofovir and emtricitabine), sold under the name Truvada® (pronounced tru vá duh), is approved for daily use as PrEP to help prevent an HIV-negative person from getting HIV from a sexual or injection-drug-using partner who’s positive. Studies have shown that PrEP is highly effective for preventing HIV if it is used as prescribed. PrEP is much less effective when it is not taken consistently. www.cdc.gov

The recently opened Hong Kong outpost of the Pulse Clinic is in Central, where Deyn and staff welcome patients from the local LGBT community. But stigma against HIV still exists in Hong Kong forcing many Hongkongers living with HIV to go Thailand for treatment in the past.

“If they are HIV positive, they’d do treatment there as well because they feared their partner or anybody knowing about their status, and they didn’t want to be registered in the government health care system there so they came to Bangkok.”

HIV patients remain among the most unfairly demonised groups due to long-held, and mostly incorrect, misunderstandings about the virus. This, despite many medical advances including antiretroviral drugs that make patients highly unlikely to infect others.

While condoms remains the most popular barrier against HIV infection, Prep is also effective. PrEP (pre-exposure prophylaxis) is 99% effective at stopping the transmission of HIV through sex without condoms. Deyn cites partner studies (in which one is HIV positive, the other HIV negative) having almost “zero chance” of cross infection on this drug regimen.

“The protection would be 99% so it’s even better than a condom. However, PrEP only prevents you from HIV, not other sexually transmitted diseases, so it is recommended you still use a condom.”

A landmark study published in The Lancet in 2019 that tracked about 1,000 male couples across Europe for eight years (HIV positive gay men and their HIV negative partners) and found, thanks to antiretroviral drugs, there was no chance the HIV positive individual could infect the other, even though many participants reported having unprotected sex during that period.