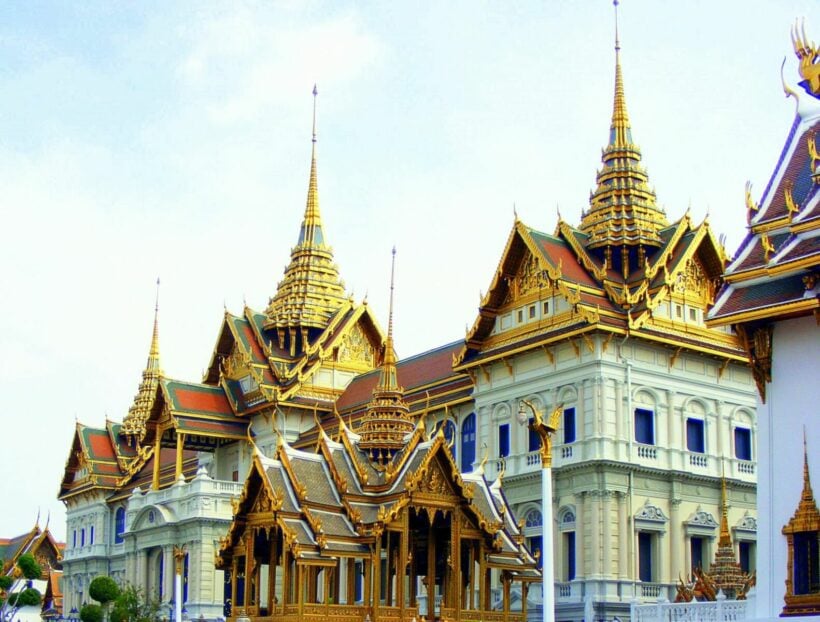 Touring the many temples in Bangkok can be an exciting experience for those who adore unique architecture. As Bangkok has so many things to do and see, its temples are at the top of the list. From huge golden Buddhas to temples that offer meditation, each attraction has something unique to offer.

Thailand is primarily a Buddhist nation. Thus, the many ways to practise their religion is on full display throughout the capital; and for those interested, making merit in some of the most beautiful temples can bring a sense of calm and connection. Here, we show you the top 5 best temples in Bangkok, with each offering a different experience.

This stunning temple sits on the grounds of the Grand Palace. It features many exquisite artefacts, including the most significant statue of the Emerald Buddha. This statue was originally located in Northern Thailand’s 15th century Lanna Kingdom. However, it was moved to the Grand Palace during King Rama I’s rule.

Back then, the Grand Palace had just become the seat for the new Siam Kingdom; but the statue found a new home at Wat Phra Kaew’s ordination hall, where it remains for enlightened viewers today. After your visit, you can also choose to see nearby temples if you wish – travellers are often drawn to the Wat Phra Chetuphon temple that is a short distance away. 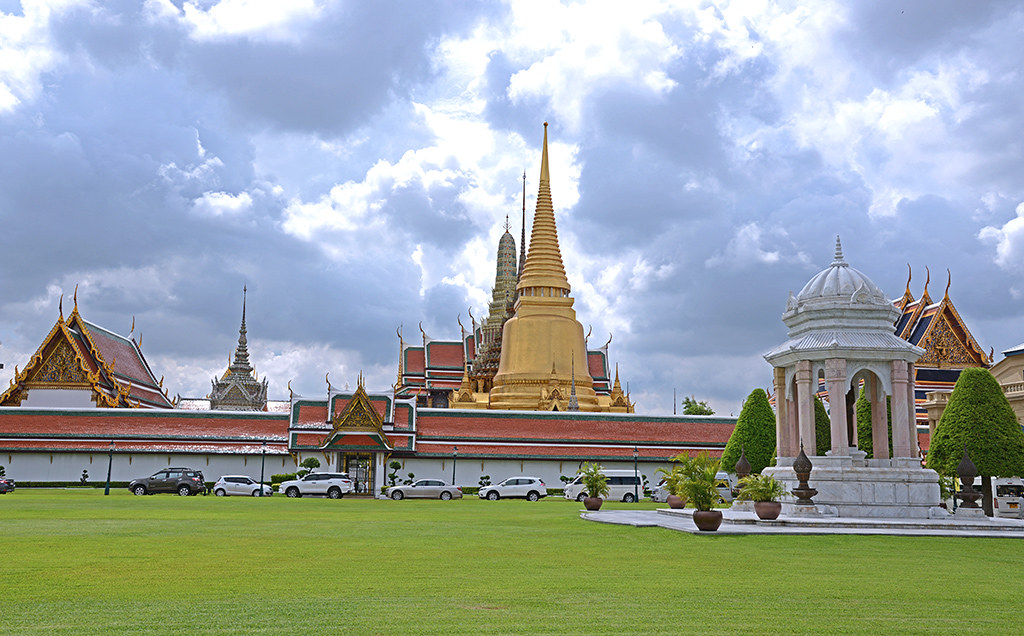 Known as the Temple of Dawn, Wat Arun is a magnificent, white temple that is located on the banks of the Chao Phraya River. The temple is beautifully lit up at night, displaying the old capital of Thonburi’s skyline. It is easily considered one of Bangkok’s most beautiful attractions due to its unique designs.

The temple recently reopened in 2017 after undergoing renovations. It features 5 towers that are visible from the river and are covered with porcelain and ceramic tiles. Tourists can opt to choose a river cruise or ferry ride to get to the temple. During these rides, there is typically an English-speaking tour guide who teaches you a bit of history about the Chao Phraya River. We recommend going in the mornings to avoid crowds and the mid-day heat.

One of Bangkok’s largest attractions, the Wat Pho temple houses the famous Reclining Buddha, which measures a stunning 47 metres in length. This 15-metre high statue is the most popular attraction within the temple and is covered in gold leaves, leaving viewers in awe.

Besides the statue, visitors will also notice the colourful murals that adorn each structure. Moreover, the temple has almost 400 Buddha images to see. If you spend a bit of time walking around Wat Pho, you will notice that it features the infamous massage school, known as one of the best in Thailand. Here, you can get a traditional Thai massage to unwind in from a visually exciting day. After, you can plan to see the Grand Palace, as it is only a 10 minute walk from Wat Pho. 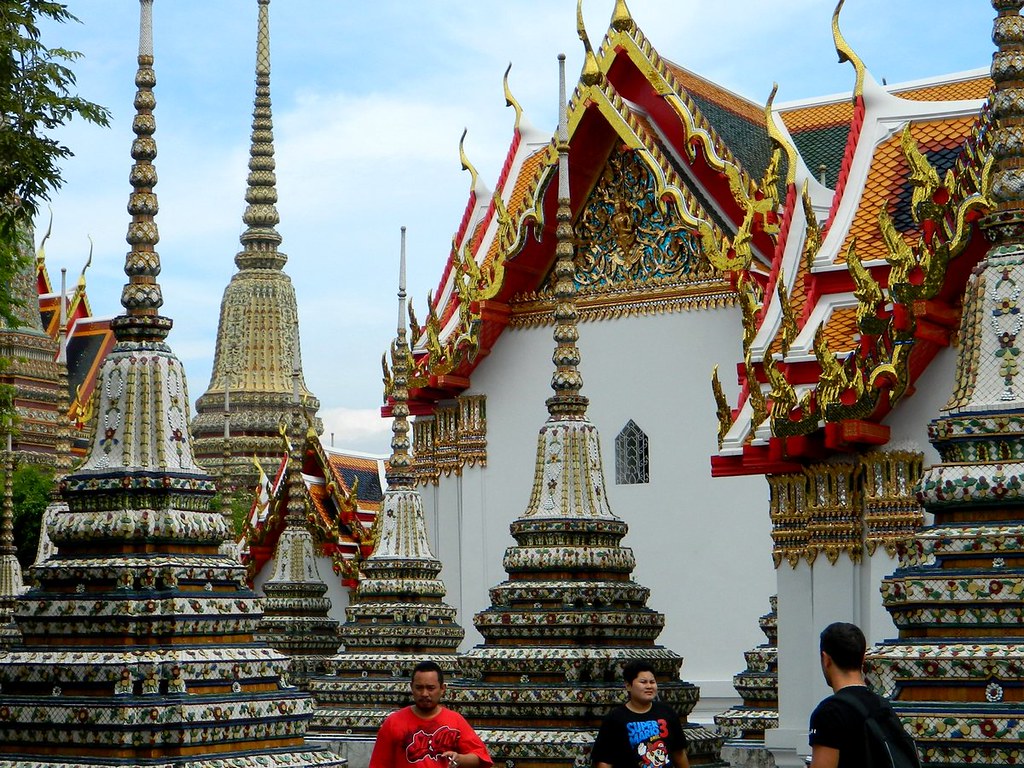 Wat Traimit is one of Bangkok’s most significant temples. It is known as the Temple of the Golden Buddha due to its 5.5 tonne, Sukhothai-style golden Buddha statue. As it dates back to the 13th century, Wat Traimit is a must-see for history fanatics.

Located in Chinatown’s southeastern area, the temple is about 450 metres west of the Hualampong Railway Station. The property has souvenir pop-up stalls, along with 2 schools. And, if you are hungry, Chinese food is just around the corner. The entrance fee is cheap, making it a fun, budget-friendly option. 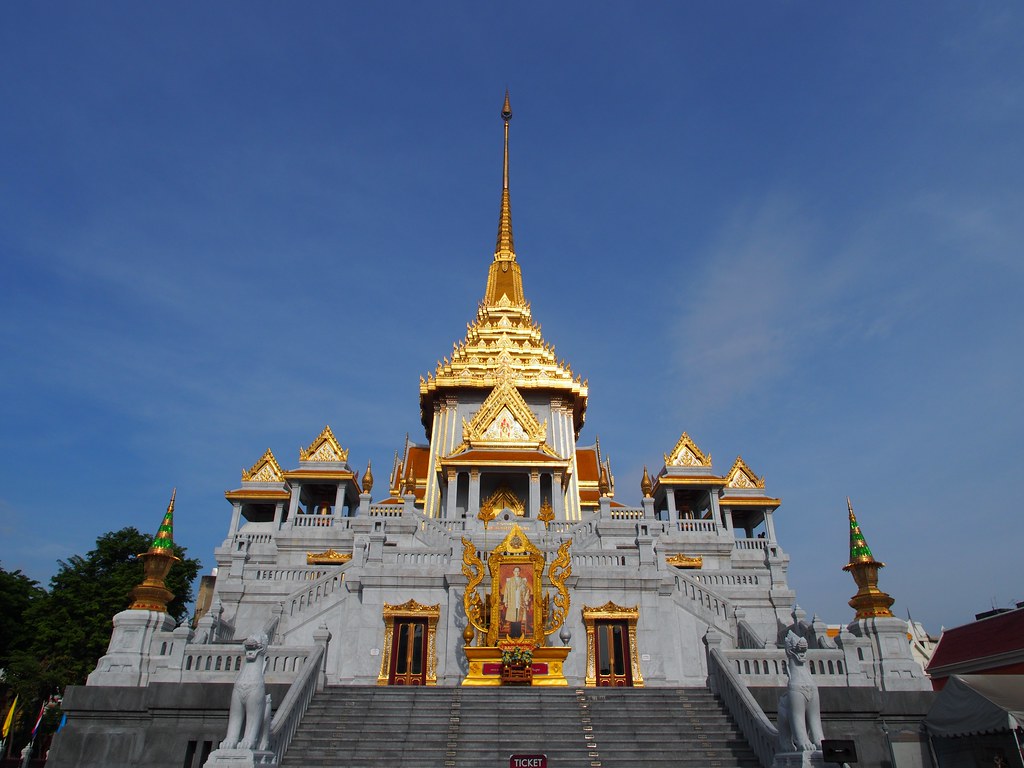 This temple’s name translates to Temple of the Royal Niece, as King Nangklao (Rama III) built it for his granddaughter in 1846. Perhaps its most famous feature is that of the Loha Prasat, or the Iron Monastery. This monastery has 37 tall metal spires representing the 37 virtues of the path to enlightenment. However, it is Wat Ratchanatdaram’s design that ultimately takes the cake. Known as 1 of only 2 temples that follow the Indian and Sri Lankan pyramid design pattern, the temple is a designer’s dream.

In addition to the temple’s being built on pillars placed geometrically, its white-coloured spirit homes and prayer halls are also a sight to see. Despite it being its weight in gold in viewing pleasure, admission to Wat Ratchanatdaram is absolutely free. 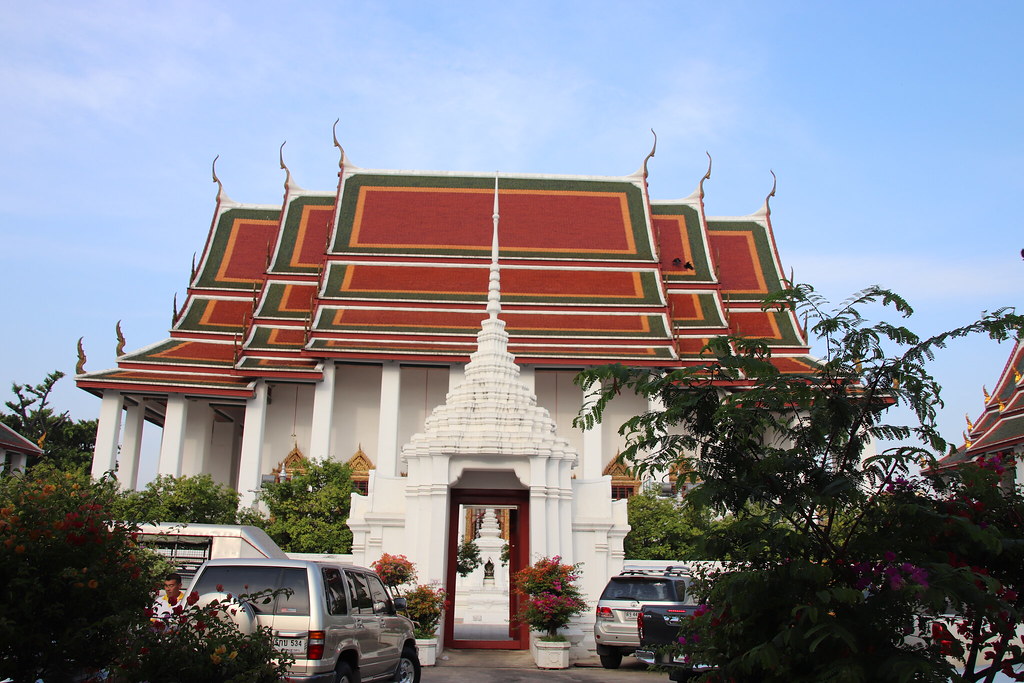 Bangkok has some of the best temples in Thailand and there is a diverse selection of temples to visit. Whilst many have similarities in the form of colours, shapes and sizes, each temple represents a different moment or era in Thailands history. Thus, not only will you learn about Thailand’s past, but it’ll also be a rich and cultural experience as well.

After you finish with taking in the best temples, stop by the Chao Phraya River to dine riverside on a cruise, or get a traditional Thai massage to wind down.

Advertise On The Thaiger
Contact us to discuss advertising and custom solutions.

10 Best Fruits and Vegetables in Thailand