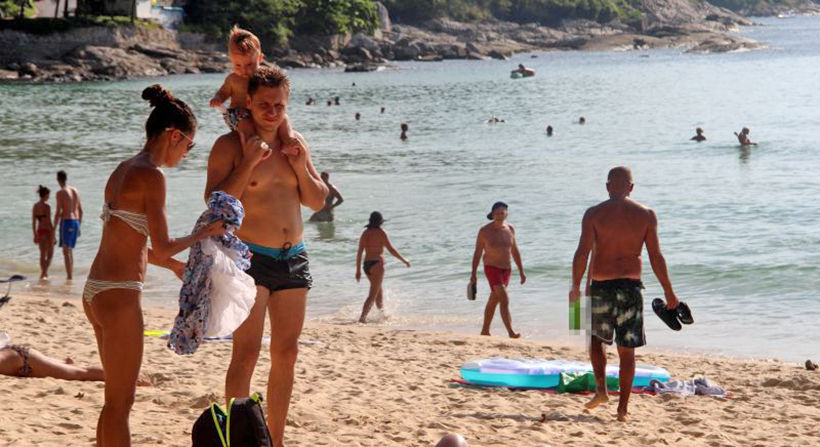 The Russian Ambassador to Thailand claims there are about 20,800 Russian citizens stranded in the Land of Smiles. Ambassador Tomikhin says they’re desperate to get home.

He says that most of them are stuck in Phuket and neighbouring provinces (Phuket is in virtual lockdown with the airport being closed to all passenger flights on April 10). Another 8,000 in and around Pattaya, 5,00 around Bangkok and Hua Hin, 4,400 in and around Koh Samui and another 2,500 scattered around the country, according to Khaosod English.

“We have received some 20,800 requests from people who have found themselves in this situation. Less than half of them are those who have tickets to cancelled flights by third countries’ air companies.”

According to the Ambassador, there were about 70,000 Russians in Thailand by early March.

“About 40,000 of them were package-tour vacationers who came here by charter flights from various Russian cities. When the situation began to worsen, most of them returned home.”

“According to Aeroflot reports, Thai Airways, which cancelled all of its international flights, has begun to direct its tickets to the Russian air company’s flights. About 50 people have left Thailand this way.”

“Some of our nationals who had no return tickets but who are trying to buy them are in a risk group since the duration of their stay in Thailand may be longer than their visa period. I hope our diplomatic mission will be able to help such people within days.”

“We hope that a larger part of our compatriots will be able to return to Russia within this week.”

Immigration: Beware online swindlers claiming they can extend your visa