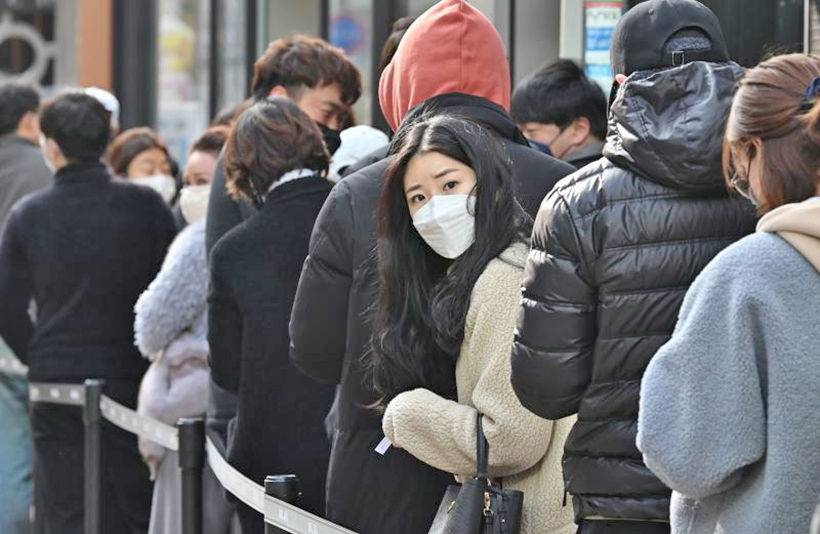 The Korean Centres for Disease Control and Prevention say that more than 90% of the new cases were in Daegu, the centre of the country’s outbreak, and the neighbouring province of North Gyeongsang. Three women Daegu died of the illness, bringing the national total to 16.

US health officials yesterday reported a third case of the virus transmitted to a person who did not travel overseas or come into contact with anyone known to be infected, indicating the disease is spreading in the country.

Authorities say the new case concerned a person living in the western state of Oregon. Two similar cases were reported in neighbouring California this week.

The virus has spread rapidly across the globe, causing stock markets to fall to their lowest levels since the 2008 global financial crisis, over fears that the disease could pummel the world economy. In the past 24 hours, it has affected nine new countries, from Azerbaijan to Mexico to New Zealand. It has now spread to every continent except Antarctica

2,924 people have died and more than 85,000 have been infected worldwide since it emerged, apparently from an animal market in the central Chinese city of Wuhan (though recent reports dispute this) in December.

The vast majority of infections have been in China, but more cases are now being reported daily outside the country than within. South Korea, Italy and Iran are emerging as major hotspots.