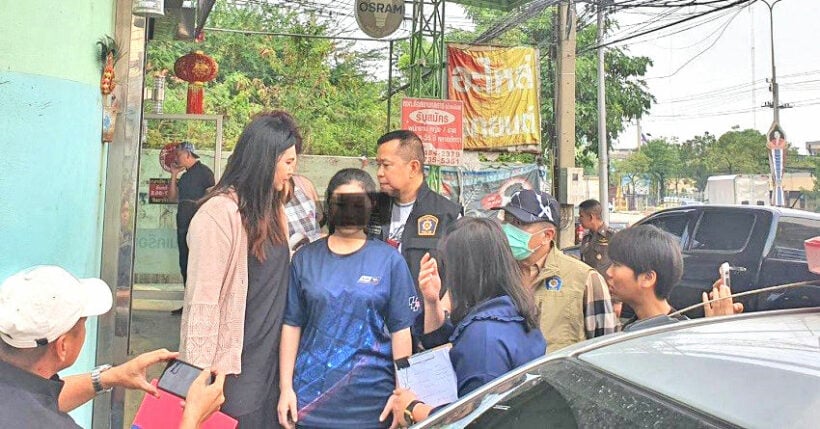 The anti-human trafficking division of the Royal Thai Police yesterday arrested a Thai couple in the province of of Samut Sakhon, southwest of Bangkok, for the enslavement of a Lao woman. The couple kept the woman in a storage room and treated her as a slave for nine years.

Police say the arrests followed a tip-off that a young Lao worker had been exploited by her employers for years. They obtained a warrant to search the shop, where they found the two suspects and the victim.

The victim told police that the owners frequently tortured her, including beating her up, hitting her with a broomstick, electrical wires, a wooden baton, even putting their feet on her face, a major taboo in Thai society. She says she attempted to run away but was caught and dragged back to the store. Her captors told people outside that she was mentally impaired.

Social development and human security officials said they would also provide assistance for the young woman.