“…business people on a non-immigrant visa but without a work permit can enter, provided they can show savings of at least 500,000 baht over the previous 6 months.”

The Thai government is expanding the groups of foreigners who can enter Thailand, after a meeting of the Centre for Covid-19 Situation Administration chaired by PM Prayut Chan-o-cha yesterday. CCSA spokesman Taweesin Visanuyothin says athletes competing in tournaments held in the Kingdom will also be given permission to enter.

It’s understood the first group to arrive will be cyclists taking part in a royal marathon cycling event, as well as badminton players coming for a world tour taking place in Thailand in January 2021.

In addition to sports people, Nation Thailand reports that business people on a non-immigrant visa but without a work permit can enter, provided they can show savings of at least 500,000 baht over the previous 6 months.

At yesterday’s meeting, the government also approved the Special Tourist Visa, with the PM asking officials from the Tourism and Foreign Ministries to agree a context and guidelines that would put Thailand’s interests first. Tourists desperate to return to Thailand, and happy to put up with the bureaucracy and cost involved, should contact their nearest Thai Embassy to enquire about the STV.

Additional information can be found HERE, at the website of the Thailand Longstay Company, set up specifically to handle the enquiries relating to the STV.

The Thailand Longstay Company was established in 2001 with the endorsement of the Thai Royal Government to support long stay tourism. As the Tourism Authority of Thailand is a major shareholder of the company, we aim to provide the best services to retired expatriates to promote the tourism industry of the Kingdom of Thailand.

Since the establishment, the company has signed many MOU with many government organisations such as the Immigration Bureau, Tourist Police, and the Airports of Thailand.

Therefore, we specialize in doing a 1-year retirement visa and STV visa for foreigners and other matters related to the immigration procedure of Thailand. We will go through the bureaucratic procedure for our clients. This is the ultimate convenience that we provide.

9 new Covid-19 cases were detected in Thai quarantine facilities, including a patient who may have been infected with the virus a second time, or never fully recovered, according to the Centre for Covid-19 Situation Administration. Most of the cases were army engineers travelling from South Sudan.

Thailand’s total number of confirmed Covid-19 cases is now at 3,700 with 3,491 recoveries and 59 deaths. 150 people are still receiving medical treatment. 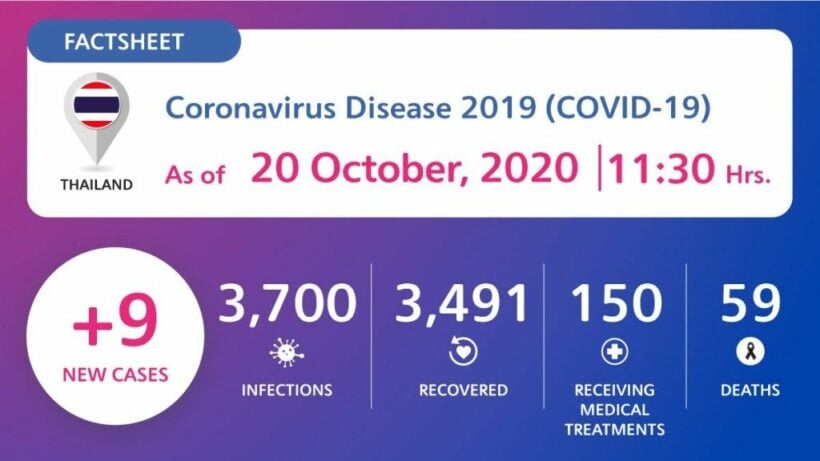 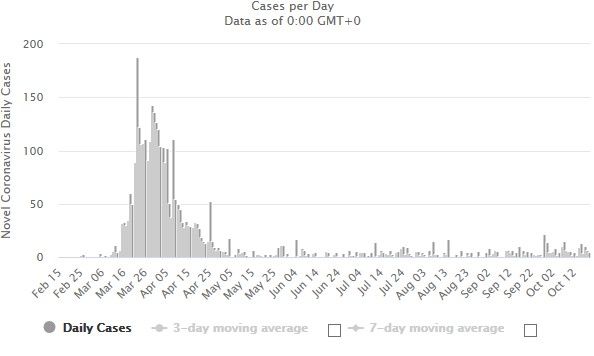 Daily new Covid-19 cases in Thailand as of October 19, according to Worldometers. 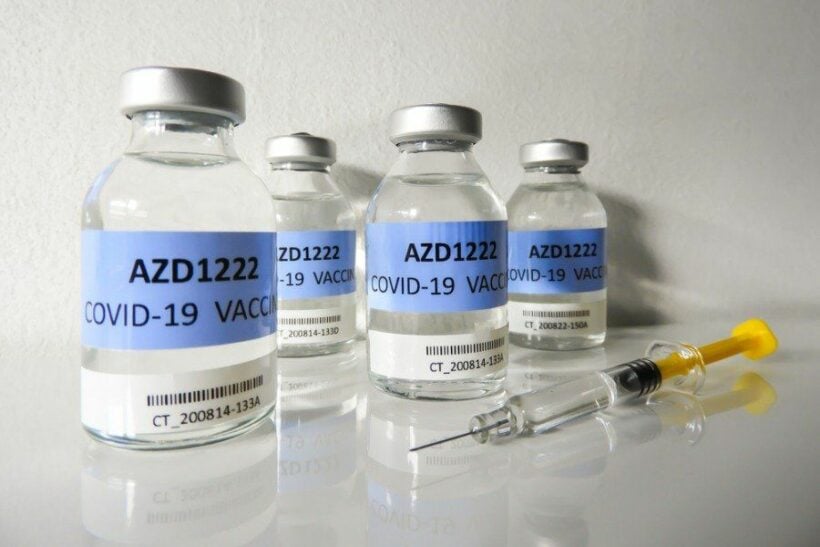 Half the population in Thailand will be injected with the Covid-19 vaccine once it’s released and available to the public, Public Health Minister Anutin Charnvirakul says. Oxford University and the pharmaceutical company AstraZeneca are conducting trails of the new vaccine. Thailand is planned to be the Southeast Asia production site for the new vaccine.

The health minister says the vaccine will be first used on Thai nationals who are in their mid-60s and then the ministry will work to make sure at least 50% of the population is injected with the vaccine.

The Public Health Ministry is also going through the World Health Organisation’s COVAX facility to make sure there is a sufficient supply of a vaccine. The ministry’s deputy permanent secretary Supakit Sirilak says about 65 million doses will be needed for Thailand, adding that 40% will be reserved with COVAX, 40% will go to AstraZeneca and 20% will go to other sources.

Siam Bioscience will be producing the vaccine in Thailand. Director of the National Vaccine Institute Nakorn Premsri says they have the potential to produce up to 200 million doses. Production is expected to start in mid-2021.

“Once the technology transfer agreement is signed, the Thai side will have to be trained on production processes. AstraZeneca’s vaccine is expected to pass Phase 3 testing and production should start in December. After that it needs to register with the FDA in the UK and Thailand, before we can start producing the vaccine mid next year.”

New Covid-19 cases are again surging in many countries. Globally, the number of infected people exceeded 40 million as of last night with new infections starting to accelerate again. Today the total number of confirmed cases around the world is 40,323,461. The number of total deaths remains at 1,118,826 and recovered patients at 30,135,040 (as of 4pm Thai time).

Notably, the death rate from Covid-19 is not rising as treatment for complicated cases continues to rapidly improve. The US, India, Russia, Brazil, the rest of South America, and parts of Europe and the UK, are the current ‘hot spots’ (below).

Regionally, the surge of cases in Myanmar is causing headaches for Thai border officials in the north west of the country. The Governor of Tak decided to close the border checkpoints this morning. But the 2,000 kilometre long land border between Thailand and Myanmar has many unofficial “Natural” crossing points.

In the US, the nation’s top infectious disease doctor, Dr. Anthony Fauci, director of the National Institute of Allergy and Infectious Diseases, says following public health measures is the way out of the crisis that has hobbled the economy, claimed thousands of lives and sickened millions.

“The predicted fall surge is here, and rising cases across the US appear to bear that out.”

The US is averaging more than 55,000 new cases a day, and 10 states reported their highest single-day cases counts last Friday. As of this morning, US time, there were more than 8.5 million cases and 219,674 coronavirus deaths, according to Worldometers.info

“The Covid-19 crisis would have to be ‘really, really bad’ to implement a national lockdown. Despite the climbing totals, a nationwide lockdown is not the way forward unless the pandemic gets “really, really bad.”

Tara Smith, a professor of epidemiology at Kent State University says the worst fears of rising cases, leading into winter, are being realised.

After hitting an all-time high in July, cases did drop significantly, but the US never reached a level where the public health system could truly get a handle on the outbreak or describe it as ‘contained’.

Now infections are on the rise again, driven by ballooning outbreaks across the country’s interior, especially in the Midwest, the Great Plains and the West.

Contributing to the rise is the return of students to schools and campuses across the country, puzzling resistance to social distancing and mask wearing recommendations, and more people spending time in restaurants and other indoor settings as the weather starts to cool down.