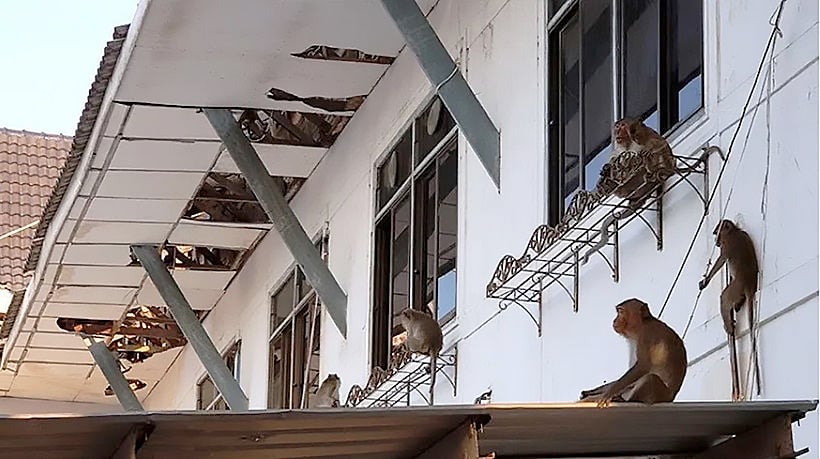 Days after a pitched battle between rival monkey gangs rocked Lop Buri in central Thailand, dozens, perhaps hundreds of monkeys have ransacked an old town hall building in the southern province of Prachuap Khiri Khan, forcing staff to flee. It’s believed in both instances that the drop in tourism caused by the Covid-19 coronavirus, combined with dry weather and drought, has created a food shortage for the animals, forcing them to forage.

The old town hall building is located about 100 metres away from Khao Chong Krachok mountain, where the monkeys are believed to have come from. The monkeys have torn apart the roof, electrical wires, the ceiling, lights, and office equipment. Officials of various departments working in the building have been forced to find makeshift temporary quarters.

Ceramic roof tiles were ripped off  and used to break the windows. Inside the building ceilings have been ripped down and the sky is visible. 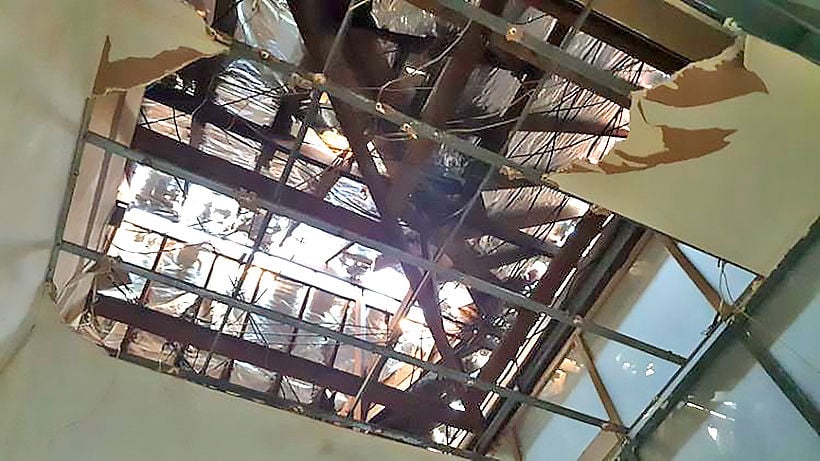 The monkeys also smashed the light bulbs and destroyed office furniture. The building is now locked with a sign stating the offices have temporarily moved. 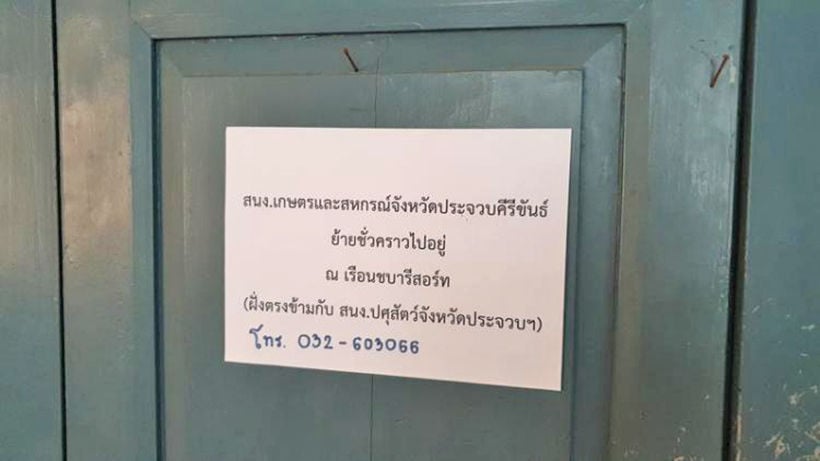 The damage isn’t limited to the old town hall building: the monkeys are also vandalising private and official vehicles parked in the area, mainly tearing off rear-view mirrors and searching the vehicles, Thai media reported.