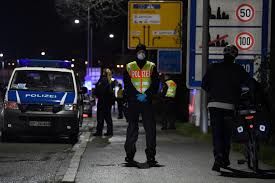 PHOTO: Europe goes into 'lockdown' mode as the WHO designates the continent as the new epicentre - www.thelocal.com

The World Health Organisation has now put Europe as its current “epicentre” for the global coronavirus pandemic, warning that it was impossible to know when the pandemic would peak. In the past 24 hours there has been a swift rise in new cases and deaths, compared to past months, primarily in Europe, as well as Iran and the US.

WHO chief Tedros Adhanom Ghebreyesus said in a virtual press conference that the European continent had now “more reported cases and deaths than the rest of the world combined, apart from China (that is likely to change in the next three or four days).

“More cases are now being reported every day than were reported in China at the height of its epidemic.”

During the announcement Tedros said countries need to take the virus outbreak more seriously and do more than just issuing warnings.

“You can’t fight a virus if you don’t know where it is. Find, isolate, test and treat every case, to break the chains of transmission.”

“Every case we find and treat limits the expansion of the disease.”

The virus, which first surfaced in China in late December, has now killed 5,436 people, with cases around the world nearly146,000, according to midday totals.

Maria Van Kerkhove, who heads the WHO’s emerging diseases unit, said it was not possible to predict how the pandemic will develop.

“It’s impossible for us to say when this will peak globally. We hope that it is sooner rather than later.”

Countries in Europe and around the globe are putting in place dramatic preventative measures to halt the spread of the virus. Many regions are closing schools, and tightening or even closing borders.

The Thai Tourism Ministry hopes for Covid-19 to abate