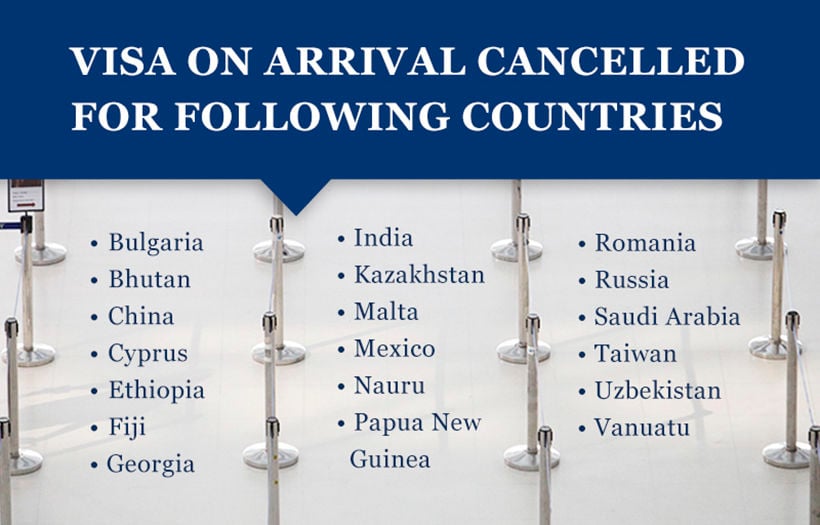 After days of rumours, assertions and flip-flops, Thailand’s Foreign Ministry in a press briefing yesterday provided some much-needed clarity regarding visa-on-arrival (VOA) status for 18 countries and visa exemption for three countries with high infection rates of the Covid-19 coronavirus: they are cancelled. Cherdkiat Atthakor, director-general and spokesman of the Foreign Ministry’s Information Department says the cancellations are in place temporarily until Sept 30,

Citizens of Russia, South Korea, Hong Kong and Macau (which has been virus-free for weeks), which have signed bilateral agreements, are exempted from the new policies, meaning they can enter Thailand without the need apply for a visa.

On Wednesday, PM Prayut Chan-o-cha announced the cancellation had been enacted. Yet, shortly after, government spokeswoman Narumon Pinyosinwat told media the cancellations were “impractical” because existing bilateral agreements had not expired.

Interior Minister Anupong Paojinda and Prayut insisted the visa changes had gone into effect on Thursday and would last to the end of September. Then the director-general of the Department of Consular Affairs said existing agreements over exemptions needed to be studied before any changes could be enforced.

The same article goes on to report:

“Hong Kong, Italy and South Korea will have the visa exemption policy cancelled. In practice, only Italians need to apply for a visa to enter Thailand. Citizens of South Korea and Hong Kong can still enter Thailand without visas because of a bilateral agreement.”