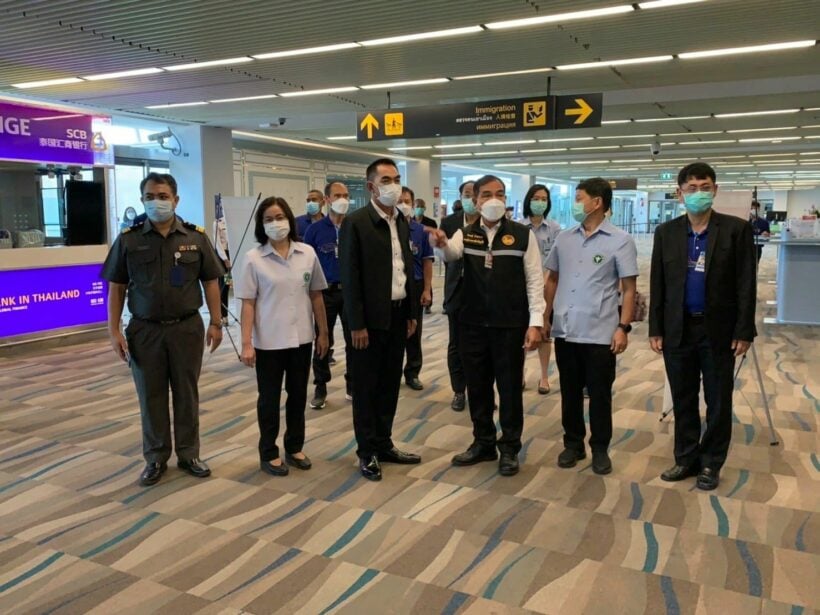 Ahead of Thailand’s plan to ease entry restrictions starting May 1, officials have inspected a Phuket airport yesterday to inspect how ready it was for an expected rise in tourist numbers. The secretary-general of Thailand’s National Security Council went to make sure Phuket International Airport was ready to welcome tourists back to the island province.

Among the officials joining the secretary-general at the airport were Phuket Vice Governor Pichet Panapong, and the Tourism Authority of Thailand Phuket Office. There were also officials from government agencies, including immigration.

Historically, a renowned tourist hotspot, Phuket has been gut-punched by the Covid-19 pandemic. Several businesses are just starting to make a comeback, one example being the reopening of Club Med Phuket last month. Club Med Phuket was shut for over 2 years, since the beginning of the pandemic. There is still around 30-40% of businesses in Phuket still closed including some hotels that have been shuttered for 2 years now.

In recent months, Phuket officials have also organised two seafood festivals, as well as other food and recreation events. There was the newly introduced ‘Tastival‘ as well as an event with mini hot air balloons which was held at the Sarasin Bridge at the north end of the island.

Phuket is currently preparing to shift into endemic mode, with a recent average of 162 Covid-19 cases a day. At a meeting with officials as Phuket Provincial Hall this week, it was noted that 87.7% of the recent cases are local infections. Only 2-3% of people testing positive for Covid requiring hospital treatment.

Poolie
1 minute ago, Mandy said: I totally agree, I now have several friends now heading to Madeira, Canaries, Mexico, Vietnam and Malaysia, all were coming here but wouldn't wait any longer for the rules to change, at all these destinations…

Suicide among young people in Thailand has increased ‘alarmingly’