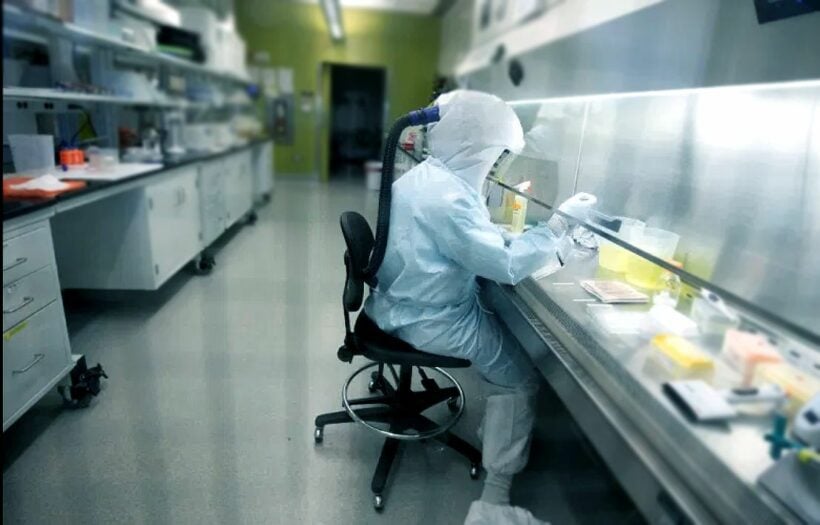 PHOTO: There was no secret laboratory 'inventing' the Covid-19 virus - National Post

With the two year trade war between the economic super-powers still being sorted out, the Chinese and US governments have entered into a tit-for-tat exchange of blame for the origins of the Covid-19 virus this week.

Conspiracy theories have been fired back and forth between officials in the two countries. Washington has described the coronavirus outbreak as the “Wuhan Virus”. Even the US President has called it the “foreign virus”… “that started in China” during a nationwide address.

And US Secretary of State Mike Pompeo has publicly called the new coronavirus the “Wuhan virus”, prompting China’s foreign ministry to reject the term as “despicable” and “disrespecting science”.

The diplomatic media spat comes as Chinese officials try to deflect blame for the origins of the contagion and reframe the narrative with China taking “decisive steps” to buy the world time by placing large sections its population under quarantine. (This step was unprecedented at the time and never before attempted on a city-wide scale)

With cases swiftly falling in China (only 20 new cases announced in the past 24 hours whilst there were 3,497 new cases in Italy and 1,365 in Iran), Beijing is trying to re-imagine the widely held assessment that Wuhan, in Hubei province, is the birthplace of the outbreak.

Without any verifiable evidence, the Chinese foreign ministry spokesman Zhao Lijian took to Twitter on Thursday claiming “it might be US army who brought the epidemic to Wuhan”.

A video showing a US health official saying some flu victims were posthumously diagnosed as having had Covid-19, was a popular search item on China’s Weibo platform this week, (Weibo is a Chinese homegrown Facebook/Twitter-style App), with Chinese readers taking the bait.

Zhao then complained that journalists using the term “China virus” were “suggesting its origin without any supporting facts or evidence” and had “ulterior motives.” But the indignant foreign ministry spokesman didn’t relent and wouldn’t retract his comments.

Even Gao Fu, the head of China’s Centre for Disease Control and Prevention, said back in January “we now know the source of the virus is wild animals sold at the seafood market” in Wuhan.

Robert O’Brien, the US national security adviser, insisted this week that the virus originated in Wuhan. Blaming the pandemic on an initial lack of cooperation from Chinese officials and a cover-up when the outbreak first emerged, O’Brien said this had “cost the world community two months to respond” to the threat.

But there have been plenty of other unhelpful and nonsense theories running amok on social media which are equally untrue, and since debunked. In one version of the rumour, the coronavirus Covid-19 was magically engineered in a Chinese lab by humans as a “bioweapon”. In another rumour, the virus was apparently being studied in the lab and then “escaped” or “leaked” because of poor safety protocol.

The Wuhan Institute of Virology is a real place (that’s evidence enough for some), and the precise origin (as in date and location) of the novel coronavirus remains a mystery. Researchers continue to isolate the true origins but virologists who’ve parsed the genome, and epidemiologists who study coronaviruses, say they have enough evidence to emphatically prove that Covid-19 is brand new and came from nature, not the test tube of a rogue Chinese scientist.

Scientists have now conclusively cited the genome analyses from multiple countries, affirmed in The Lancet and other peer-review documents, that Covid-19 originated in wildlife.

Chinese authorities, after a slow start, eventually identified Wuhan and the rest of Hubei province as a threat so they placed some 50 million+ people under strict quarantine to in an unprecedented effort to contain the epidemic.

But, probably in a face-saving action by the Chinese government to deflect accusations from their citizens on social media, began sowing doubts in late February. This is the time Zhong Nanshan, a respected consultant with the Chinese National Health Commission, told reporters “the epidemic first appeared in China, but didn’t necessarily originate in China.”

International scientists, however, have long suspected, and since provided evidence, that the virus jumped from an animal at the Wuhan market to a human before spreading globally. The prime suspects are either civet cats or bats.

The World Health Organisation has also stated that, while the exact pathway between its animal source and humans is still unclear, Covid-19 was “unknown before the outbreak began in Wuhan, China, in December 2019”.

“Conspiracy theories about manmade viruses are not new. We saw this with HIV… the rumour that the US made it and introduced it into Africa. But they are really dangerous kinds of things to get spread around.”